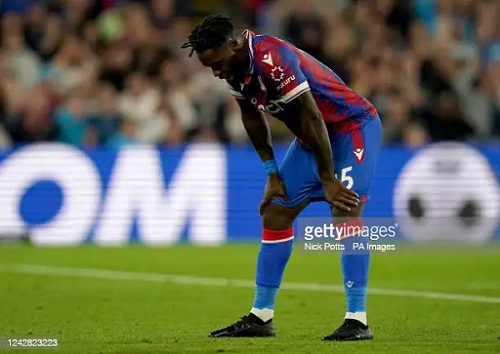 Crystal Palace midfielder, Jeffrey Schlupp will not be in Qatar for the World Cup 2022 after being dropped from Black Stars' final list for the tournament, according to reports.

Schlupp was named in the provisional squad announced last week Friday by the Ghana Football Association and was tipped to be among the players to make the final 26 due to his performance with Crystal Palace in the English Premier League this season.

As it is normal practice in football ahead of tournaments, coaches call players to inform them whether they've made the final list or not.

And reports from the player's camp say the Palace midfielder has been excluded.

His agent this not take the news lightly as he heavily descended on the GFA and Otto Addo on social media.

Other players who have reportedly missed out on the plane to Qatar are Cremonese striker Felix Afena-Gyan, Genk attacker Joseph Painstil and Anderlecht midfielder Majeed Ashimeru,

Ghana will open camp in Abu Dhabi on November 11, 2022. They will engage Switzerland in an International friendly in the United Arab Emirates capital on November 17 before flying out to Qatar.