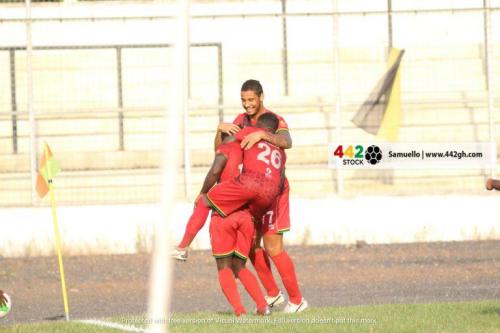 Asante Kotoko scored two goals in either half to beat Berekum Chelsea 2-0 on matchday 19 of the Ghana Premier League at the Obuasi Len Clay Stadium Sunday.

The Porcupine Warriors drew first blood through Francis Andy Kumi who shrugged off a fierce challenge to slot home the opener â€“ his second goal in two starts, after receiving a beautiful pass from Mudasiru Salifu in the 29thÂ minute.

The two teams played very tight and compact making life extremely difficult at both ends to end the first half 1-0 in favour of Asante Kotoko.

Berekum Chelsea were awarded a penalty two minutes into the second half after a foul in the box by Mubarik Yussif â€“ But Bright Amponsah sent the kick flying into the stands - a sigh for the players and technical team of Kotoko. Godfred Asiamah was introduced inside 69 minutes by Mariano Barreto as he came on for Captain Emmanuel Gyamfi.

Asante Kotoko winger Augustine Okrah appeared to have been fouled in the penalty area of Chelsea in the 80thÂ minute but his penalty appeal was ignored as the referee waved play on.

Patrick Asmah came on for Imoro Ibrahim while Michael Vinicius got his shot in the 87thÂ minute after replacing goal scorer Andy Kumi.

With the game almost heading to a 1-0 win for Asante Kotoko, Godfred Asiamah blasted in a sensational strike for the second of the day. Asiamah played a one-two with Fabio Gama before going round the Berekum Chelsea goalkeeper to slot home.

The win takes Asante Kotoko to the top of the League table with 34 points after 19 matches in the League.

Over at the Accra Sports Stadium, Legon Cities handed Great Olympics a 2-0 defeat with strikes from Nicholas Mensah and Jonah Attuquaye sealed win for coach Annor Walker's side.

Legon Cities remain a place above the relegation zone in 15th place while Great Olympics drop to second place on the log.

Inter Allies put a dent in Karela Unitedâ€™s title hopes after recording a comfortable 2-0 win at the Dawu Park on Sunday.

Second half goals from Nafiu Suleman and Samuel Armah gave the hosts all three points and earn them their first in four matches.

Suleman put the hosts ahead with 20 minutes to go before Samuel Armah doubled the lead for Inter Allies from a penalty in the 84th minute to put the game to bed.

Karela drop to third place on the league log, 2 points behind leaders Asante Kotoko following the result while Inter Allies remain bottom of the table with 16 points.

Amed Toure scored a brace as Medeama SC recorded a 2-0 win over Dreams FC at the Akoon Park on Sunday in Match Week 19 of the Ghana Premier League.

The Burkinaba Faso international scored a goal in each half to propel the Mauve and Yellows to a deserved win at the Akoon Park.

The visitors were reduced to 10 men in the first half after Mohammed Sulemana was sent off for a foul on Zakaria Mumuni.

Medeama move into the top four on the league table level on points with Accra Hearts of Oak who are in fifth place. (30 points)

At the Agyemang Badu Park, Aduana Stars recovered from their 2-0 defeat to Accra Hearts of Oak in Match week 18 to hand King Faisal a 3-1 defeat on Sunday.

New signing Benjamin Tweneboah bagged a goal in each half before Prince Acquah added the third for the home team.

Isaac Frimpong pulled one back for the visitors in the dying minutes of the game but it was not enough as King Faisal succumbed to defeat.

The win sees Aduana Stars sit in 8th place on the log.

WAFA secured a narrow 1-0 win over Bechem United in Sokagope on Sunday in Match Week 19 action.

Both teams missed opportunities to take the lead early in the first half but failed to find the back of the net.

But it was Lawrence Agyekum who broke the deadlock for the home team in the 43rd minute to give WAFA a slim advantage heading into the break.

The visitors fought hard to find an equalizer but to no avail.

Hearts of Oak's three-match winning streak since the appointment of Samuel Boadu came to a halt on Saturday.

The Phobians tasted defeat after the Miners scored a last-gasp goal courtesy Amos Addai. The attacker scored from the spot after Fatawu Mohammed was adjudged to have fouled his marker at the Obuasi Len Clay stadium on Saturday.

Liberty Professionals ended a 4-game losing streak with a thumping 4-0 win over Elmina Sharks at the Red Bull Arena in Sogakope on Saturday.

Liberty, who have adopted WAFAâ€™s home ground for their GPL home matches as a result of the suspension of their Carl Reindorf Park, found goals through Paul Kwame, Simon Asamoah, Kwaku Karikari and new signing William Opoku Mensah to condemn Nii Odartey Lamptey to a first defeat as Elmina Sharks coach.

The Scientific Soccer Lads remain in 17th place despite the win while Sharks remain in 13th place with 23 points.

Ebusua Dwarfs and Techiman Eleven Wonders played out a 1-1 draw at home on Friday Match week 19 of the Ghana Premier League.

The hosts took the lead in the 13th minute through Michael Ohene Asamoah but that advantage would not last long as Eleven Wonders leveled 2 minutes later through Clement Boahen.

Dwarfsâ€™ new signing Morishita who came on as a substitute in the 64th minute had the ball in the back of the net 3 minutes later but the goal was disallowed for an offside.

Ebusua Dwarfs are 11th on the league log after Match week 19 while Eleven Wonders sit in 14th place. 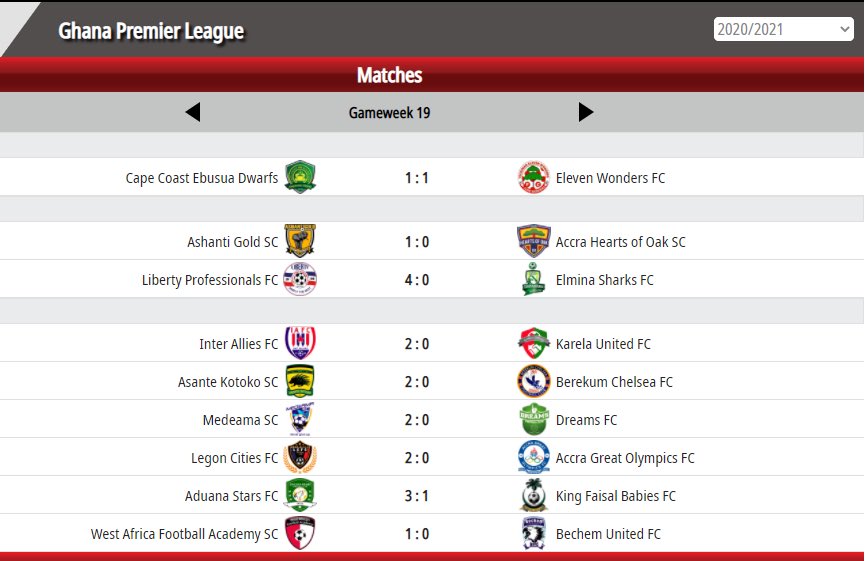 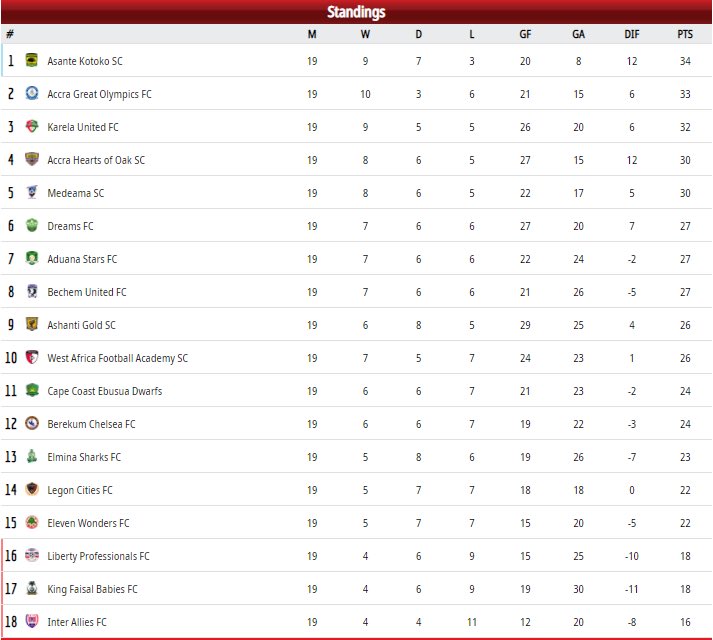