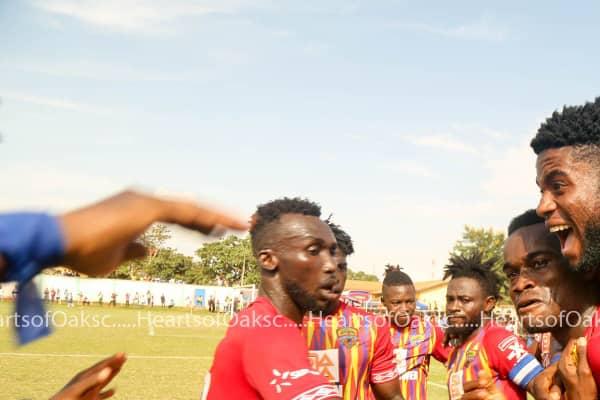 Hearts of Oak are now the Ghana Premier League leaders after picking up a vital win over the weekend.

The Phobians traveled to Techiman on Friday and returned home with the maximum points after Kwadwo Obeng Junior's first-half strike was enough to seal victory for coach Samuel Boadu's charges.

The win thus saw them topple arch-rivals to go to the summit of the league after matchday 26.

Meanwhile, their rivals Asante Kotoko failed to take advantage of their match to return of the top after they were held to a 1-1 draw by WAFA at the Obuasi Len Clay stadium.

The Porcupine Warriors could not hold on to their early lead as WAFA came from behind to snatch a draw.

Elsewhere at the Accra Sports Stadium, Accra Great Olympics moved into third place on the league log after beating Inter Allies by a lone goal.

Abdul Manaf Mudasirusâ€™s goal in the 76th minute was enough to secure the victory for the home side.

Elsewhere, Legon Cities gave their relegation fight a boost with a 2-0 win over Aduana Stars at the Accra Sports Stadium.

At the Theatre of Dreams in Dawu, Dreams FC overcame Bechem United to record a 2-1 win at home.

The hosts took the lead in the 32nd minute through Ali Huzaif but that lead didnâ€™t last too long as Bechem United found the leveler courtesy Charles Mensah in the 40th minute.

Ali Huzaif scored his second goal of the day after Dreams were awarded a penalty in the 69th minute.

At the Ndoum Park, King Faisal moved out of the relegation zone for the first time this season after recording 1-0 win against Elmina Sharks via a Kwadwo Frimpong goal in the 50th minute.

At the Golden City Park, Berekum Chelsea and Karela United played out a 1-1 stalemate.

Both goals came in the second half after a drab first half which saw the two teams fail to convert their chances.

Diawisie Taylor gave Karela United the lead with his 15th goal of the season in the 56th minute, but Berekum Chelsea leveled 13 minutes later through Stephen Amankonah.

The result leaves Chelsea in 13th place and four points above the relegation zone while Karela United have dropped out of the top four.

Ebusua Dwarfs came from a goal down to beat Liberty Professionals 2-1 at the Cape Coast Stadium.

The visitors took an early lead through Michael Laryea but the hosts produced a strong performance to level and snatch a late winner.

Seidu Abubakar found the equaliser for Dwarfs in the 21st minute before Enoch Afram scored the winner (90+6) in controversial circumstances as Liberty were reduced to ten men.

Goalkeeper Shaibu was sent off just seconds after the hosts scored their second goal.

The defeat leaves Liberty in the relegation zone with 26 points.

Prince Opoku Agyemang scored a very late penalty for Medeama to hand them a hard-fought 1-0 win over Ashantigold at home on Sunday.

Medeama were awarded the penalty after defender Owusu Banahene handled the ball in the 18-yard box.

The result moves Medeama to fourth on the table level on 43 points with Accra Great Olympics. 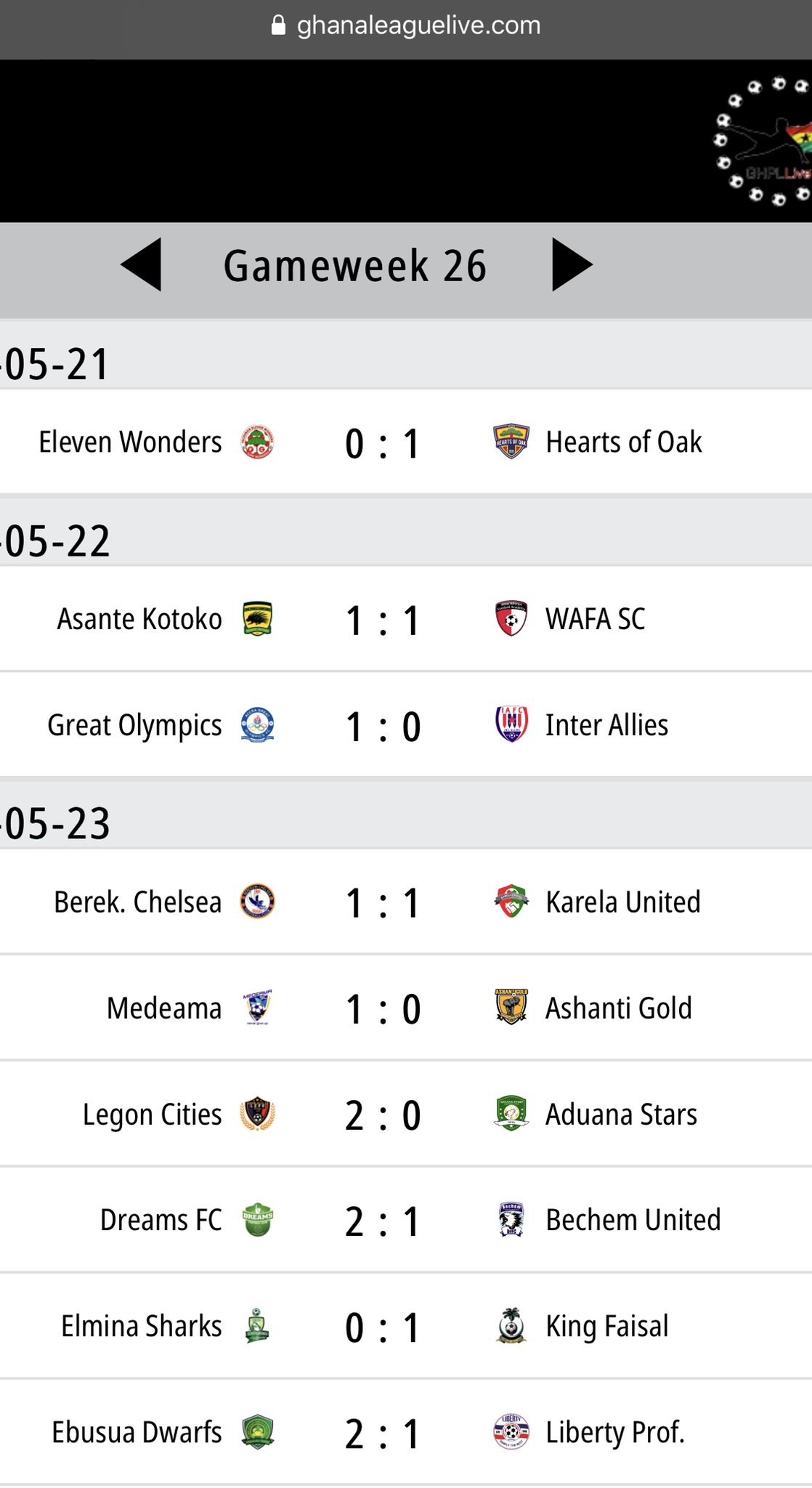 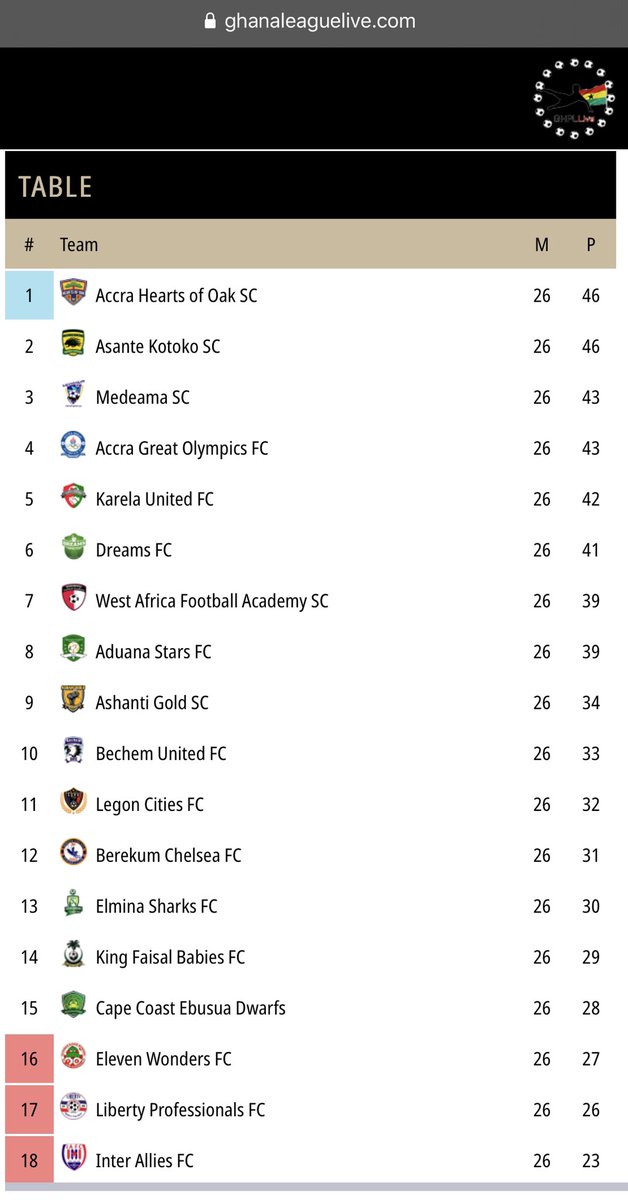