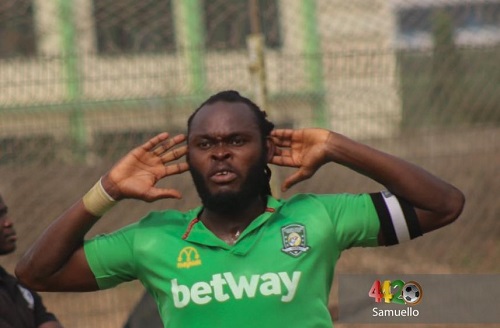 Yahaya Mohammed who was in an unstoppable form in the truncated 2019/20 Ghana Premier League is set to switch camp to the Obuasi-based club.

The former Asante Kotoko striker according to reports will be joining the AshantiGold on a year loan deal and he's set to pocket GHC 8000 monthly.

Yahaya Mohammed will be joining the Miners to beef their firepower ahead of their Confederation Cup campaign.

He registered 11 goals in 15 matches in the truncated Ghana Premier League campaign.

AshantiGold's last participation in Africa in the 2019/20 CAF Confederation Cup came to an abrupt end in the preliminary stages after they got eliminated by Moroccan club RS Berkane and they have set sight on a semi-final target this season.

Meanwhile, the club have beefed up their team with new additions ahead of the competition. They have signed 2016 MTN FA Cup best player Yaw Anorl from Bechem United and 2016/17 Ghana Premier League top scorer Hans Kwofie has rejoined the club.

Also, the contracts of Appiah Maccarthy and Richard Osei Agyemang have been extended.