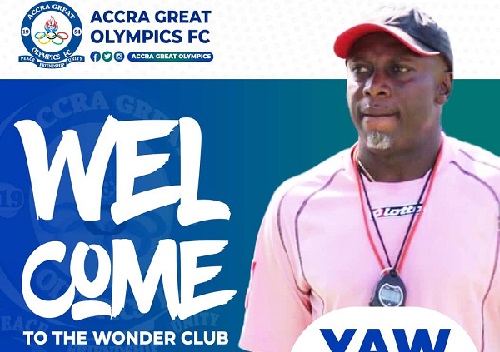 The former Ghana U-20 coach on Tuesday, January 20 named as the new trainer for the 'Dade Boys' replacing Annor Walker who is unwell.

The absence of Annor Walker from the team’s last two matches has affected the side. In this period they’ve suffered back to back defeats (to Aduana Stars and AshantiGold SC) for the first time this season.

In a recent interview, Great Olympics midfielder and captain Gladson Awako admitted the gaffer's absence has had a knock-on effect on the side.

“His absence has affected us, because we are all witnesses to the work he did. His absence in the last two games has shown evidently that there’s something missing in our play,” Awako told Asempa FM.

“Personally I am not the same person ever since we lost Coach Annor Walker. We are all praying that God will heal him so he can join us again soon”.

Preko will be hoping to begin his Olympics career on a good note as he will playing his first game against Inter Allies this week.

Preko has had spells in the Ghana Premier League with Hearts of Oak and Inter Allies. He also coached Nigerian top-flight side FC Ifeanyi Ubah.