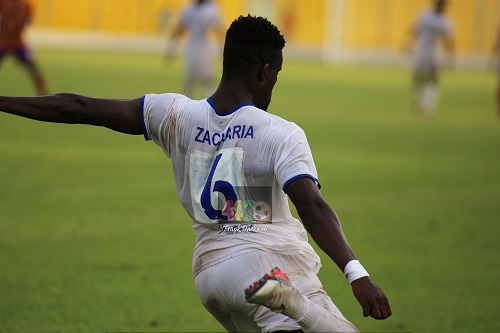 According to the trainer,Â Fuseini have been remarkable in the ongoing Ghana Premier League and deserves a national team call up than Asante Kotoko defender Habib Mohammed.

"The only local centre back defender who I believed should have been included in the squad is Zakaria Fuseini. I am surprised by his exclusion because he is someone who has a bright future and we need to nurture him."Â

"He has performed very well in the ongoing league. For me, I would have preferred Zakaria Fuseini to Habib Mohammed."

"Although I am not a goalkeepers trainer I believe Medeama SC goalkeeper, Eric Ofori-Antwi is far far better than Hearts of Oak SC Richard Attah," Lokko told Happy FM.

"Why am I saying so, Ofori has gone through the mill from under 20, 23 and he is also a regular with Medeama and his performance this season is top-notch."

"So I was of the view he will get the nod ahead of Hearts of Oak's Richard Attah."