10 things you didn’t know were cybercrimes 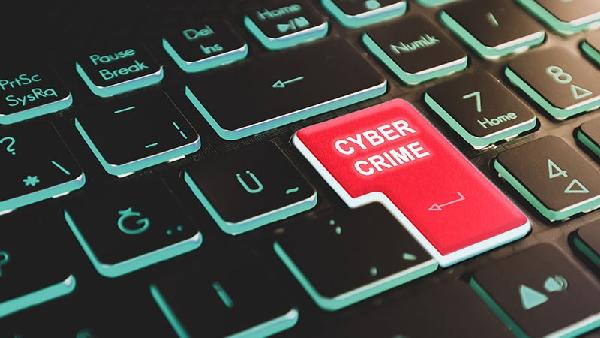 The Cyber Security Act of Ghana, 2020 (Act 1038) defines Cybercrime as the use of cyberspace, information technology, or electronic facilities to commit a crime.

Even though in Ghana, cyber offenses are specifically stated in sections 107 to 123 of the Electronic Transactions Act, 2008 (Act 772) and in the Cyber Security Act, the broad nature of the definition of cybercrime captures a wide range of offenses that would ordinarily not be classified as cybercrime on its own but are now captured by the Cyber Security Act if they are perpetrated using technology, an electronic device, or the internet.

To create awareness of Cybercrime and enhance cyber security in Ghana the month of October has been designated as National Cyber Security Awareness Month (NCSAM) in Ghana.

This year’s month-long event is under the theme, “Regulating Cybersecurity: A Public-Private Sector Collaborative Approach. One of the key objectives of this year’s celebration is to create awareness of the Cybersecurity Act 2020 and promote the relevance of cybersecurity regulations among children, the Public, Businesses, and the Government, whilst highlighting the need for public-private cooperation.

In light of this, it is a good time for us to learn about ten kinds of cyber offenses that we may be committing without knowing.

If you ever come across the nudes of another person. Please do not share. This may sound like common sense but it is also a crime under Section 67 of Act 1038 to share or distribute an intimate image or recording of another person without their consent with the intent to, cause serious emotional distress in situations where you know that the person who sent you the nudes or video had a reasonable expectation of privacy both at the time of the creation of the image or visual recording and at the time the offense was committed. This offense carries a prison sentence of up to three years.

2. Opening somebody else’s mail, or messages.

Have you ever been tempted to open someone’s text messages, emails, or WhatsApp messages without their permission? If you did it without knowing, don’t do it again after reading this article. Go and sin no more. Opening or reading another person’s email on an electronic device without permission may be punishable by five years of imprisonment or a fine depending on the circumstances. Section 124 of the Electronic Transactions Act, 2008 (Act 772) provides that; A person who intentionally accesses or intercepts an electronic record without authority or permission commits an offense and is liable on summary conviction to a fine of not more than two thousand five hundred penalty units or a term of imprisonment of not more than five years.

Reading the emails or messages of a person on its own would only be an invasion of privacy, but what makes it a cyber offense is when you do it through unauthorized access (hacking the person’s account or cracking their password) because it involves gaining unlawful access to the device and stored communications through devious means. The worse culprits of this offense are people in romantic relationships who want to keep tabs on their partners and unscrupulous secretaries in corporate organizations. Whatever the reason may be for engaging in this act, please stop because it is not worth the jail time that accompanies it if you are caught.

Any time a file is shared or downloaded illegally online, that’s piracy and a form of cybercrime. Generally pirating music is only punishable as a breach of the copyright of the musician. However, if piracy is conducted using the internet and computer systems it becomes a cybercrime and is punishable as stealing music under sections 107 and 108 of Act 772. In most cases, we do not pirate music ourselves, but we share these illegally obtained songs via Bluetooth, WhatsApp, and airdrop to friends, and family some people make it into a business at the major markets and take a fee to Bluetooth music from their computers to the phones and devices of their customers.

What if you don’t share the images or videos but you found them and used them to threaten the persons depicted in the images or videos, is that still a crime? The short answer is Yes. Threatening to share the nudes or videos alone can put you in prison for 3 years. In addition to that if the threat is accompanied by an attempt to extort money or other consideration (such as sex or any compensation in kind) is also punishable by up to 25 years in prison. For the Cyber Security Act, intimate images and videos include any depiction in a way that the genital or anal region of another person is bare or covered only by underwear; or the breasts below the top of the areola, is either uncovered or visible through clothing.

Has your Facebook, or WhatsApp account ever been hacked? Say no more, you were a victim of cybercrime. A person who secures unauthorized access or attempts to secure access to a protected system commits an offense and is liable on summary conviction to a fine or to a term of imprisonment of up to ten years.

This is also known as cyber harassment. It usually occurs on social media where someone is trolled, insulted or body shamed. Although there is no specific law prohibiting it in Ghana, it is a form of cybercrime in other countries and perpetrators in Ghana may be sued under other laws which carry heavy fines and sometimes prison terms like laws prohibiting slander, libel, or even assault.

Plagiarism does not in itself result in a cybercrime violation unless it also constitutes copyright infringement and was perpetuated by an unauthorized access to cyberspace or the computer system of another person. In other words, plagiarism in this sense will be a cybercrime if a person hacks another person’s computer and copies the manuscript of his thesis which is protected by copyright and reproduces it on a blog without permission from the author.

8. Using Someone else’s Wi-Fi without their knowledge or permission

Maybe you mistakenly logged into someone’s hotspot or Wi-Fi account that did not have any security. Are you guilty of cybercrime? The answer would depend on a number of factors.

There is no law that explicitly allows or prohibits using a neighbor’s Wi-Fi without permission in Ghana, however it is still unauthorized access into another person’s cyberspace which the law prohibits. To be found guilty, you would need to have hacked and knowingly used Wi-Fi without, the owner’s permission.

Another factor that may be considered is the friction your usage will cause between the internet service provider and the account owner. In most cases if your unauthorized usage doubles the account owner’s usual usage, this may cost him/her money and you may be liable for that if you are caught. Indeed, your neighbor might receive a notice of the situation and eventually sue you.

Another factor is the maliciousness of your actions. Some people use VPNs to hide their identities in order to illegally use another person’s Wi-Fi. These instances show a clear criminal intent and perpetrators are likely to be prosecuted if they are caught.

9. Using a fake name on the internet to defraud people

Section 133 of the Criminal Offences Act, 1960 (Act 29) prohibits using false pretenses or false representations to make someone part with ownership or transfer to them something. This provision applies to making false representations of name or personality online or through an electronic system to earn an unjust gain. Perpetrators of this type of fraud assume fake online identities and contact victims through social networking and dating sites. This most common form is “romance fraud”, in which false profiles are created in an attempt to attract victims. People often use doctored pictures and ID cards to commit this fraud. Generally using a fake name on Facebook alone will not make you guilty of this crime, however, if you go on to chat with another person using a fake personality you created around your fake name and the person transfers money to you or parts with anything under the false believe that you are who you claim you are, you will be liable for this crime.

In Ghana anyone below the age of 18 years is a child. Therefore, uploading a sex tape or nudes you made with your 17-year-old girlfriend online could land you in jail. In fact, keeping it on your phone or computer is also a crime and both carry a prison term of up to 10 years under the Cyber Security Act.

A person who commits this offence or attempts to commit this offence risks a jail term of between five to fifteen years. There is no option of a fine. In addition, Internet service providers, owners and operators of online services, weblogs, and internet bulletin boards risk being charged for aiding and abetting persons who seduce, solicit, lure, groom children, or attempt to do so.

The law specifically makes it an offence for internet service providers to permit people to use their services for facilitating, encouraging, offering, or soliciting unlawful sexual conduct of or with a child or share information related to a child to identify the child to arrange a meeting with the child to engage in sexual intercourse, sexually explicit conduct, or unlawful sexual activity.

The writer, E.K Bidzakin is a private legal practitioner whose focal practice areas include criminal and corporate law.

She previously worked as a Prosecutor with Social Security and National insurance Trust (SSNIT) and is currently on the board of American Field Service Intercultural Exchange Programs (AFS IEP) Ghana.