Jack Dorsey on Musk’s Twitter files: ‘There’s nothing to hide’ 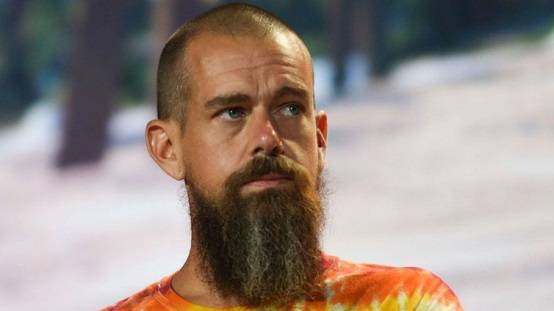 Jack Dorsey has responded to Elon Musk’s purported exposé known as “The Twitter Files,” and he’s done so in an essay that’s mercifully not written as a Twitter thread. In it, the social network’s co-founder and former CEO says that he believes the company has nothing to hide, contrary to how the files have been presented.

He also says he wishes the information had been “released Wikileaks-style,” and asks that the internet not go after Twitter employees for perceived slights. Of course, his article also promotes his own social networking protocol and Bitcoin.

Dorsey’s response comes after Elon Musk has spent over a week promoting five selective document releases known as the Twitter Files, which show internal documents, Slack logs, and emails around things like Twitter’s removal of Donald Trump following the January 6th riots, moderation “blacklists,” and how the site dealt with news about Hunter Biden’s laptop.

The threads, and Musk’s promotion of them, have largely taken on a conspiratorial tone, painting the old Twitter leadership and employees as being in cahoots with the government to silence Twitter users.

Dorsey clearly doesn’t agree, saying in his post that “mistakes were made” at Twitter, but that he believes the company had “no ill intent or hidden agendas, and everyone acted according to the best information we had at the time.”

Later in the post, Dorsey takes issues with how the files were handed over to specific journalists who then posted excerpts and reported on them. “I do still wish for Twitter, and every company, to become uncomfortably transparent in all their actions,” Dorsey writes, adding that he wishes the files got “many more eyes and interpretations to consider.” It’s an interesting request, as he’s essentially asking for receipts on his own company, as my co-worker Adi Robertson described while we were discussing the article — it seems likely Dorsey is fully aware of what kind of decision-making process a full document-dump would reveal, and doesn’t think it’d be all that damning.

While Dorsey talks a lot about how he thinks transparency and moderation should work in his post, it’s possible he wants a more transparent process because the cherry-picked documents have been used by Musk and others to attack former Twitter staff.

He obliquely references this by saying that “the current attacks on my former colleagues could be dangerous and doesn’t solve anything,” but Dorsey’s description doesn’t quite describe how bad things have been. CNN reported on Monday that former head of trust and safety Yoel Roth had to leave his home after Musk implied that he supported pedophilia in now-deleted tweets. Musk has also accused specific other former Twitter employees of not doing anything to stop child trafficking on the platform.

The Twitter Files posts have also been damaging in other ways — in a few instances, incomplete censoring leaked contact info for politicians, Twitter employees, and Dorsey himself.

It’s not the first time Dorsey has apologized for what’s happened after he left Twitter — last month he said he was responsible for Musk’s initial wave of mass layoffs, saying they were necessary because he grew the company too fast. Earlier this year, Dorsey said he believed that Musk was the “singular solution” he trusted to run Twitter as a company and said that he trusted Musk’s “mission to extend the light of consciousness.” While he doesn’t seem to have fully walked back that statement yet, he has challenged a few of Musk’s statements outside of his latest post.

The idea and service is all that matters to me, and I will do whatever it takes to protect both. Twitter as a company has always been my sole issue and my biggest regret. It has been owned by Wall Street and the ad model. Taking it back from Wall Street is the correct first step.

Dorsey’s post isn’t entirely about Twitter. He also uses it to announce that he’s giving a million dollars a year to encrypted messaging app Signal and asks for suggestions about other grants he should make in the areas of “social media and private communication protocols, bitcoin, and a web-only mobile OS.”

Dorsey himself is also working on a decentralized social media protocol called Bluesky, which gets several mentions in the post, alongside the founder’s ideas of how social media should work (which he says he wasn’t able to implement at Twitter due to its status as a public company).

His tenets involve keeping governments and corporations from influencing conversations, making sure that moderation decisions happen on a “localized” basis, and either letting people choose their own ranking algorithms, or deciding to (somehow) not use one at all.

One particularly eyebrow-raising statement from Dorsey reads “any content produced by someone for the internet should be permanent until the original author chooses to delete it,” adding that “content takedowns and suspensions should not be possible.”