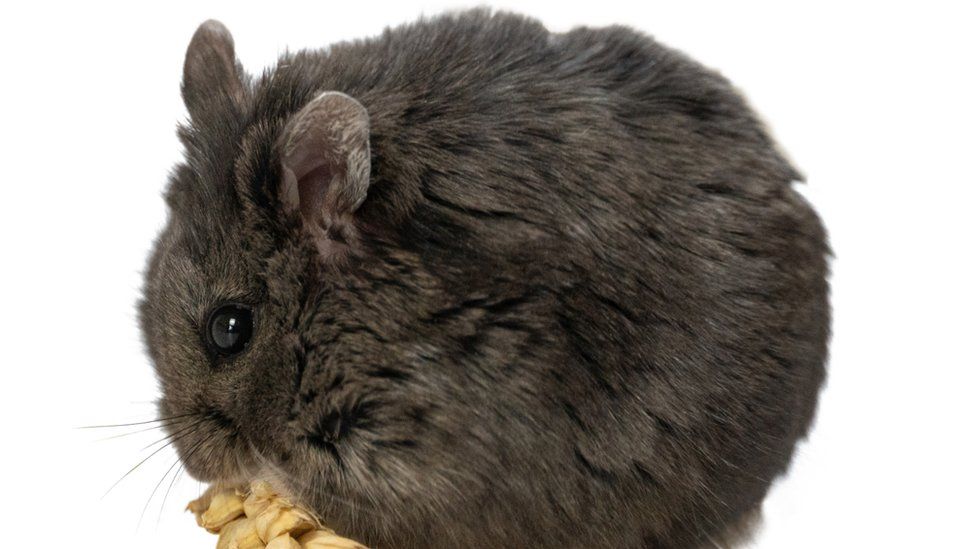 The rodent, who shot to internet fame for his ability to often outperform human investors using a specially built trading cage, died on Tuesday.

"You proved to us, that the internet doesn't necessarily have to be a toxic wasteland," his owners told the BBC.

"We are absolutely overwhelmed with the uncountable and touching condolences which we've received across all channels.

What we personally learned from this project has little to do with crypto."

The hamster's financial career, and subsequent fame, were borne of an experiment by two friends in Germany who wanted to prove the randomness of success in the digital currency industry.

Mr Goxx's trading office, attached to his regular cage, was watched by thousands on a Twitch livestream. He would famously make decisions by running on his "intention wheel" to select which cryptocurrency he'd like to trade and subsequently entering either a buy or sell tunnel on his 'office floor'.

Every time he ran through a tunnel, the electronics wired to his office completed the trade according to Mr Goxx's desires.

The tiny trader began his financial career on 12 June 2021.After his final day of trading on 22 November, his portfolio was up 19.7% and he had made about 98 Euros profit.

On occasion, Mr Goxx even came out slightly ahead of Bitcoin, the biggest of the crypto-currencies.

Goxx Capital was not a real investment firm, however - and Mr Goxx's human partners stressed, with every tweet, that the hamster's decisions should not be taken as investment advice.

The pair, a programmer and a lecturer, saw Mr Goxx as the face of a "light-hearted side project".

"It seems like most people from our generation see no other chance than throwing a lot of their savings on the crypto market, without having a clue what's going on there," the anonymous duo behind Mr Goxx explained in September.

"We were joking about whether my hamster would be able to make smarter investment decisions than we humans do," they told the BBC.

Since the announcement of the much-loved hamster's death, hundreds of people around the world have paid tribute to his contribution to the crypto community.

'No plans' for successor
As Mr Goxx's owners come to terms with their loss, they say they have not yet decided if they will get a new pet.

"People have been asking about whether there will be a successor keeping up business at Goxx Capital, but the truth is that we don't know.

"Most of our viewers really got attached to our buddy - and many didn't even care about the crypto.

"This hit me harder than I expected. When that choice is made and we decide to have a new family member, we could think about continuing with the project. Until then, no plans."