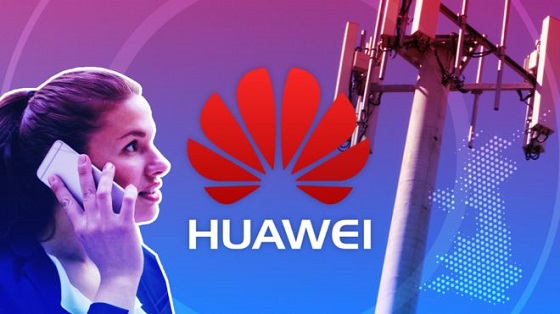 The UK's mobile providers are being banned from buying new Huawei 5G equipment after 31 December, and they must also remove all the Chinese firm's 5G kit from their networks by 2027.

Digital Secretary Oliver Dowden told the House of Commons of the decision.

It follows sanctions imposed by Washington, which claims the firm poses a national security threat - something Huawei denies.

Mr Dowden said the move would delay the country's 5G rollout by a year.

He added that the cumulative cost of this, and earlier restrictions announced against Huawei earlier in the year, would be up to Â£2bn.

"This has not been an easy decision, but it is the right one for the UK telecoms networks, for our national security and our economy, both now and indeed in the long run," he said.

Because the US sanctions only affect future equipment, the government has been advised there is no security justification for removing 2G, 3G and 4G equipment supplied by Huawei.

However, when swapping out the company's masts, networks are likely to switch to a different vendor to provide the earlier-generation services.

Huawei said the move was: "Bad news for anyone in the UK with a mobile phone" and threatened to "move Britain into the digital slow lane, push up bills and deepen the digital divide."

New restrictions are also being applied to use of the company's broadband kit.

The government has also been advised operators should "transition away" from purchasing new Huawei equipment for use in the full-fibre network, ideally within the next two years.

Mr Dowden said the government would "embark on a short technical consultation" with operators about this.

He explained that the UK needed to avoid becoming dependent on Nokia as the single supplier of some equipment, and he wanted to avoid "unnecessary delays" to the government's gigabit-for-all by 2025 pledge.

The action, however, does not affect Huawei's ability to sell its smartphones to consumers or how they will run.

The UK last reviewed Huawei's role in its telecoms infrastructure in January, whenÂ it was decided to let the firm remain a supplier but introduced a cap on its market share.

But in May the US introduced new sanctions designed to disrupt Huawei's ability to get its own chips manufactured.

This led security officials to conclude they could no longer assure the security of its products if the company had to start sourcing chips from third-parties for use in its equipment.

The minister cited a review carried out by GCHQ'sÂ National Cyber Security Centre as being the motivation for the changes.

"Huawei claims to have stockpiles of parts that they can use, but this obviously affects what the NCSC can say about their products going forward,"Â blogged Dr Ian Levy, the agency's technical director.

"We think that Huawei products that are adapted to cope with the [sanctions] are likely to suffer more security and reliability problems because of the massive engineering challenge ahead of them, and it will be harder for us to be confident in their use within our mitigation strategy."

READ ALSO:Â This Kenyan company wants to take on Africa with its new video conferencing platform

But other political considerations are also likely to have also come into play including the UK's desire to strike a trade deal with the US, and growing tensions with China over its handling of the coronavirus outbreak and its treatment of Hong Kong.

Some backbench Tory MPs had pressed for a shorter time-span for its removal, in particular there had been calls for the 5G ban to come into effect before the next election in May 2024.

However, Mr Dowden said that "the shorter we make the timetable for removal, the greater the risk of actual disruption to mobile phone networks".

BT and Vodafone had warned that customersÂ could face mobile blackouts if they were forcedÂ to remove all of Huawei's 5G kit in less time.