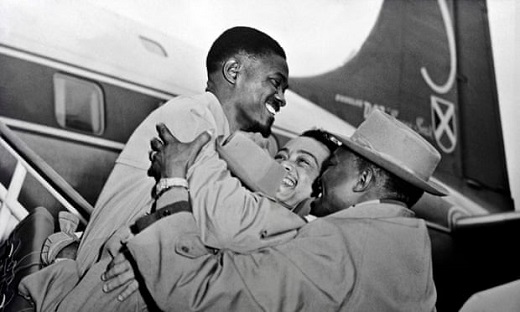 A Belgian judge has said that a tooth taken from the remains of the Congo’s first elected leader, Patrice Lumumba, should be returned to his family almost 60 years after his assassination by rebels overseen by Belgian officers.

The tooth had been seized from a Belgian policeman who admitted taking it while helping to dispose of Lumumba’s body after the politician was murdered in 1961. The Belgian government of the time, the CIA and MI6 have also been implicated.

Eric Van Duyse, spokesman for the Belgian federal prosecutor’s office, said the tooth would be returned to the Democratic Republic of the Congo, a former Belgian colony.

He described it as a symbolic gesture, since there was no “absolute certainty” that the tooth was Lumumba’s. “No DNA test has been carried out; it would have destroyed it,” he said.

In June, Lumumba’s daughter Juliana Amato Lumumba called on Belgium to return “the relics of Patrice Emery Lumumba to the land of his ancestors”.

A charismatic but volatile pan-Africanist who played a key part in the fight for independence, Lumumba became the first democratically elected prime minister days before his country, then known as the Republic of the Congo, gained independence from Belgium on 30 June 1960.

Lumumba soon became a victim of cold war politics and internal power struggles, as order collapsed in the new state and rebel groups in the mineral-rich Katanga province sought to break away.

Western officials worried that Lumumba, who appeared impulsive and unpredictable, would favour the Soviet Union as a protector and allow Moscow access to strategically critical resources such as uranium.

Lumumba was overthrown, jailed, tortured and finally killed by a firing squad. Forty years later, Belgium acknowledged that it bore “moral responsibility” for his death. The CIA had also laid plans to kill the 35-year-old politician.

In 2000 the Belgian police commissioner Gerard Soete confessed that he had dismembered Lumumba’s body and then dissolved the remains in acid. In a documentary screened the same year on German TV, Soete showed two teeth that he said had belonged to Lumumba.

In 2016 a Belgian academic, Ludo De Witte, filed a legal complaint against Soete’s daughter after she showed a gold tooth, which she said had belonged to Lumumba, during an interview with a newspaper.

It comes amid a broader reassessment of Belgium’s brutal and exploitative rule of the Congo, which caused many millions of deaths and horrendous suffering.

In June, as the Democratic Republic of the Congo marked the 60th anniversary of its independence, King Philippe of Belgium expressed his “deepest regrets” for acts of violence inflicted on Congo during his country’s rule, though stopped short of an apology.

Belgian prosecutors have been investigating whether they can bring charges against people suspected of taking part in the killing of Lumumba.