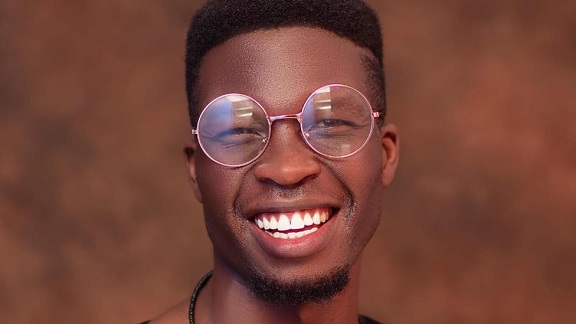 The police in Kenya are investigating the death of young fashion designer and LGBTQ activist Edwin Chiloba after his body was found dumped in a metal box by the roadside near the town of Eldoret.

The motive for the killing is unknown, a police spokesperson is quoted in the Star newspaper as saying.

But rights organisations in Kenya, where gay sex is outlawed, are linking it to his sexuality.

One group estimates that more than half of LGBTQ Kenyans have been assaulted.

"Words cannot even explain how we as a community are feeling right now. Another soul lost due to hate. You will be missed," rights organisation galck+ posted on Twitter.

"Edwin's death reminds us that queer bodies continue to be under attack all over the country," the National Gay and Lesbian Human Rights Commission wrote on Instagram.

Tributes on social media describe Chiloba as "an amazing human" and an "iconic fashion designer".

Last month on Instagram Chiloba wrote that he was "going to fight for all marginalised people" saying that he himself had been marginalised.

His body was discovered on Wednesday.

A witness is quoted as saying that someone in a vehicle without a number plate was seen leaving a metal box at the side of the road.

It was reported to the police, who went to open the box to find the corpse.

"We don't know for now why he was killed that way. Experts are handling the matter," police spokesperson Resila Onyango is quoted as saying.

Edwin Chiloba was an amazing human. He was bold, passionate, his energy was immaculate. He embodied fashion. Someone murdered him cruelly, put his body in a box & dumped his body.

Edwin we speak your name. May yr blood not spill for nothing. Stop killing queer people. pic.twitter.com/aSgwyTSqnM