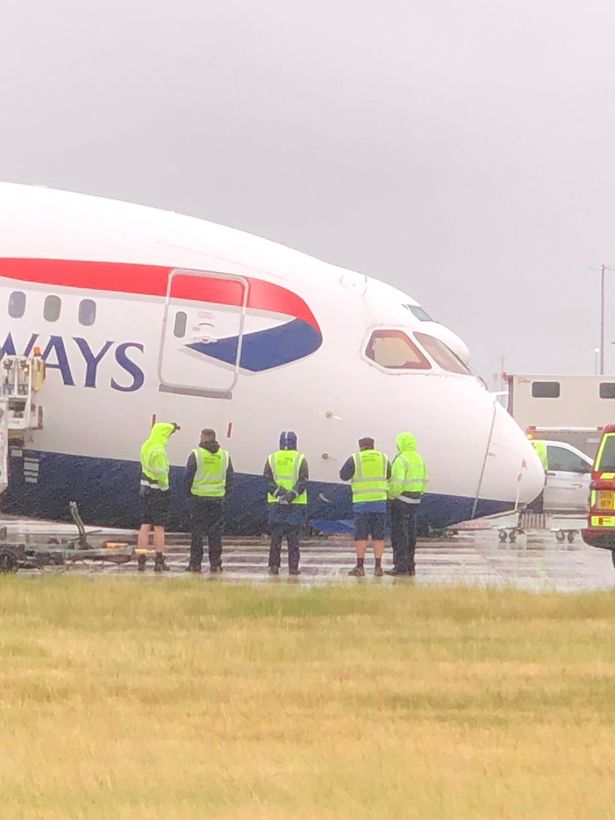 A British Airways plane has been damaged at Heathrow Airport after collapsing onto its nose.

The incident happened on Friday morning while the aircraft was parked on tarmac at the west London airport.

No passengers were on board the freight-only aircraft.

BA said they are investigating what happened. 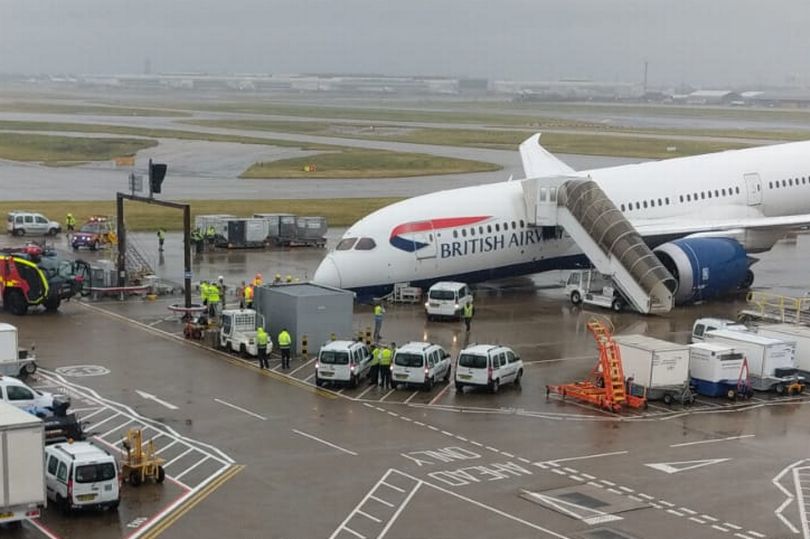 An airline spokesman said: â€œA freighter aircraft has been damaged while stationary on stand.

â€œAs a freighter-only aircraft there were no passengers on board.

â€œSafety is always our highest priority and we are investigating the matter.â€

Twitter user M Zulqarnain B, whose bio says they bring the latest news and network updates from across London Heathrow, tweeted photos of the incident, stating: "Ouch! British Airways 787 Dreamliner (G-ZBJB) has suffered from a nose gear collapse on stand 583 at Heathrow Airport".

The photographs show the toppled plane, with security staff crowded at the scene.

We will keep this story updated.