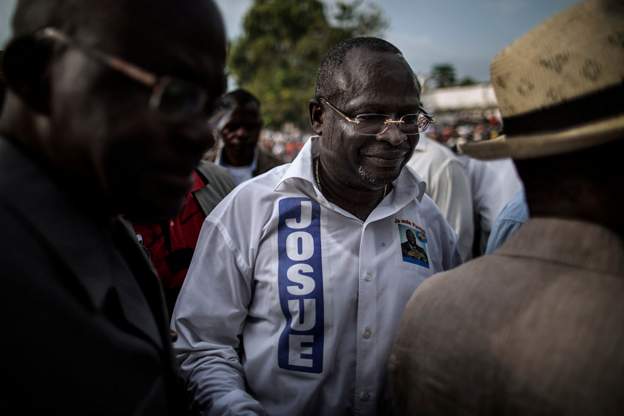 The leading opposition presidential candidate in Congo-Brazzaville has died of Covid-19.

Guy Brice Parfait Kolelas, 61, was set to be flown to France on Sunday afternoon as voting was underway.

He was one of six candidates running against President Sassou Nguesso.

His campaign director told the AFP news agency that Mr Kolelas "died in the medical aircraft which came to get him from Brazzaville on Sunday afternoon".

The 61-year-old tested positive for coronavirus on Friday, the last day of election campaigns.

He was diabetic and was one of six candidates running against President Sassou Nguesso, 77.

Sunday's election was smooth and with low participation, according to observers.

A day before the election, Mr Kolelas was filmed looking weak and wearing an oxygen mask, but encouraging voters to go cast their ballots.

He was the son of a former prime minister and previously held the position of minister of fishing and civil servants.

The electoral law doesnâ€™t annul the election if one of the candidates dies.