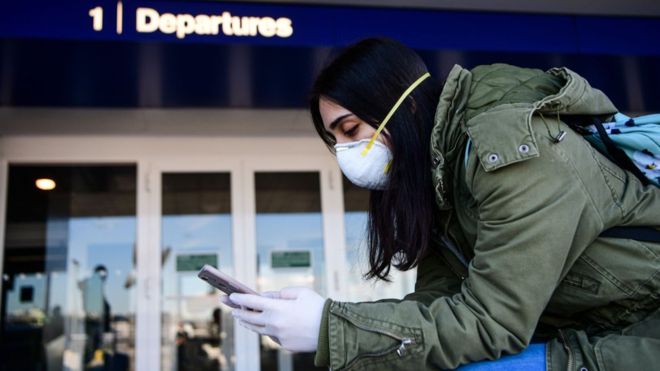 Italy has placed up to 16 million people under quarantine as it battles to contain the spread of coronavirus.

Anyone living in Lombardy and 14 other central and northern provinces will need special permission to travel. Milan and Venice are both affected.

Prime Minister Giuseppe Conte also announced the closure of schools, gyms, museums, nightclubs and other venues across the whole country.

The measures, the most radical taken outside China, will last until 3 April.

Italy has seen the largest number of coronavirus cases in Europe and reported a steep rise in infections on Saturday. The strict new quarantine measures affect a quarter of the Italian population and centre on the northern part of the country that powers its economy.

The death toll in Italy has passed 230, with officials reporting more than 36 deaths in 24 hours. The number of confirmed cases jumped by more than 1,200 to 5,883 on Saturday.

"We want to guarantee the health of our citizens. We understand that these measures will impose sacrifices, sometimes small and sometimes very big," Mr Conte said early on Sunday.

However despite the strict measures, at least seven flights from other European cities arrived at Milan's Malpensa airport on Sunday morning according to flight tracking websites.

Under the new measures, people are not supposed to be able to enter or leave the whole northern region of Lombardy, home to 10 million people, except for emergency access. Milan is the main city in the region.

"There will be no movement in or out of these areas, or within them, unless for proven, work-related reasons emergencies or health reasons," Mr Conte told reporters.

"We are facing an emergency, a national emergency. We have to limit the spread of the virus and prevent our hospitals from being overwhelmed."