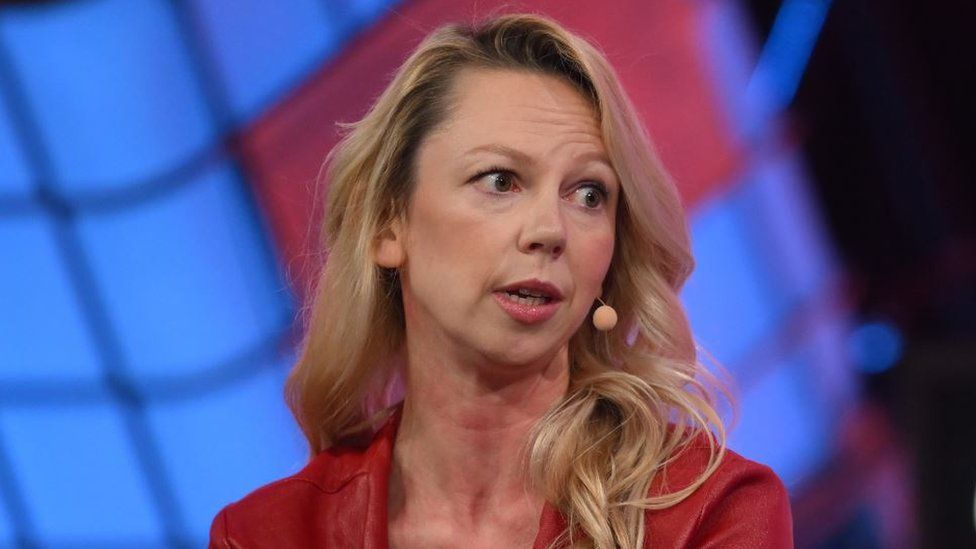 Tinder chief executive Renate Nyborg is leaving the firm less than a year after becoming the boss of the dating app.

Her exit was one of a number of management changes at Tinder announced by parent company Match Group.

Tinder's plans to adopt new technology, including virtual currencies and metaverse-based dating, are also being reviewed in the strategic shake-up.

"Today we're announcing the departure of Tinder CEO Renate Nyborg, and I have made some changes to the management team and structure that I am confident will help deliver Tinder's full potential," Match Group chief executive Bernard Kim said in a letter to shareholders.

Mr Kim will take up the role vacated by Ms Nyborg while the company looks for a permanent chief executive for Tinder.

"I have loved every moment of the last two years, working with an I.N.C.R.E.D.I.B.L.E team on the magic of human connection," Ms Nyborg said in a LinkedIn post.

The announcement also included the reorganisation of Tinder's top management team as well as a review of plans for rolling out new technology.

"After seeing mixed results from testing Tinder Coins, we've decided to take a step back and re-examine that initiative... we also intend to do more thinking about virtual goods," Mr Kim added.

It came as Match - which also owns the dating apps OkCupid, Hinge and Plenty of Fish - said it expects sales in the three months to the end of September to be between $790m to $800m.

That was well below Wall Street expectations and would mean the company would see no sales growth for the period.

Mr Kim pointed to the impact of the pandemic on people's willingness to start using dating apps and currency fluctuations for the disappointing figures.

"While people have generally moved past lockdowns and entered a more normal way of life, their willingness to try online dating products for the first time hasn't yet returned to pre-pandemic levels," he said.

Match Group shares fell by more than 20% in after-hours trade in New York on Tuesday.

Mr Kim was appointed as Match's chief executive in May after his predecessor Shar Dubey stepped down after just over two years in the role.