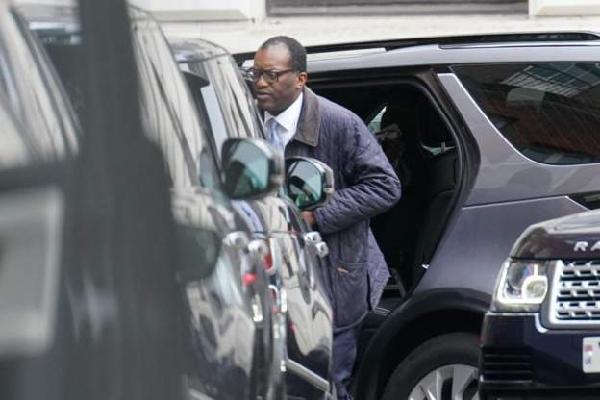 Kwasi Kwarteng has been sacked as chancellor three weeks after his mini-budget unleashed chaos in the economy, Sky News understands.

He was appointed to the role by Liz Truss only 38 days ago.

Mr Kwarteng's downfall was set in motion by the mini-budget on 23 September, in which he announced £45bn in unfunded tax cuts.

The mini-budget pushed the pound to a record low against the dollar, sent the cost of government borrowing and mortgage rates up and led to an unprecedented intervention by the Bank of England.

READ ALSO: Kwasi Kwarteng set to be sacked as Chancellor

Ms Truss and Mr Kwarteng insisted that the turbulence in the UK economy was part of a global problem exacerbated by the war in Ukraine and post-pandemic recovery.

But last week, after open revolt by Tory MPs and a record surge for Labour in the polls, the prime minister announced the first major reversal of mini-budget policies when she backtracked on scrapping the 45p top rate of income tax.

The second U-turn came on Friday morning when the government said it would raise corporation tax from 19% to 25% next April, despite promising not to do so in the mini-budget.

Less than an hour earlier, Mr Kwarteng had landed back in London after cutting short meetings with the International Monetary Fund in Washington DC.

He had been due to make a medium-term fiscal statement on 31 October.

The Conservative Party has now had four chancellors in the past three years - Mr Kwarteng, Nadhim Zahawi, Rishi Sunak and Sajid Javid.

And the next chancellor, who will be chosen by Ms Truss, will be the seventh Tory chancellor in 12 years.