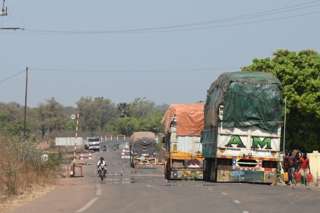 Mali has expressed disappointment at the decision by the West Africa regional group, Ecowas, to maintain crippling economic sanctions on the Sahel country.

Malian Foreign Minister Abdoulaye Diop told state-owned ORTM that he hoped the Ecowas would revisit the issue at its summit next month.

Ecowas deferred its decision on proposed transitional periods in Mali, Guinea and Burkina Faso to 3 July after its summit of heads of state in Accra, Ghana, on Saturday.

French public radio RFI reported that Ecowas leaders had differed over the proposed transitional periods in the three countries.

It reported that the traditional consensus was not reached between states over the 24 months of transition proposed by the Malian junta.

Regarding Burkina Faso, Ecowas leaders rejected a proposed 36-month transition, which they have considered too long.

Ecowas also rejected a 36-month proposed transition in Guinea and gave the country a month to review its timetable.