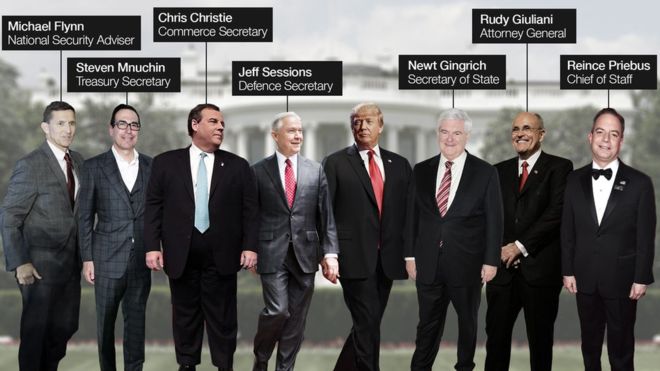 It's Washington DC's favourite new parlour game - guessing who will fill the top posts in US President-elect Donald Trump's administration.
In his victory speech, the Republican lavished praise on a select cadre of loyalists widely viewed as his cabinet-in-waiting.
His aides had already circulated names of contenders in the final days of the White House race.
Here are some of the possible executive branch appointments being touted for Team Trump in the city of revolving doors.

Newt Gingrich - Secretary of State
The combative conservative, an early Trump supporter who made it on to the shortlist of running mates, has been tipped as America's top diplomat.
As Speaker of the House of Representatives in 1994, Mr Gingrich masterminded the Republican wave election that won control of the chamber from Democrats.
The 73-year-old former Georgia legislator quit the speakership because of ethics violations.
Mr Gingrich made a failed run for the Republican presidential nomination in 2011. 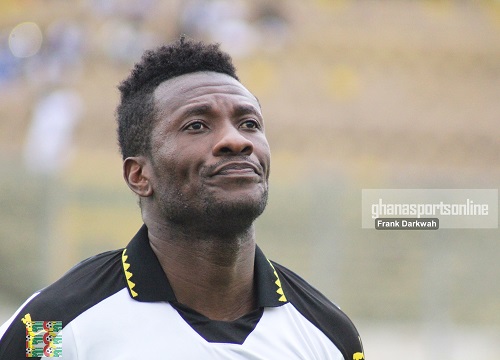 Rudy Giuliani - Attorney General
One of Mr Trump's most ardent surrogates, Mr Giuliani is being mentioned for the post of America's top prosecutor.
As New York Mayor during 9/11, he became the face of the city's resilience amid the rubble of the World Trade Center.
He also introduced NYPD's stop-and-frisk policy, which critics said was a form of racial profiling.
Positioning himself as the law-and-order candidate, Mr Trump has championed the tactic.
Mr Giuliani, a former New York prosecutor, ran for the Republican presidential nomination in 2008, but withdrew after finishing behind John McCain and Mitt Romney in primary contests. 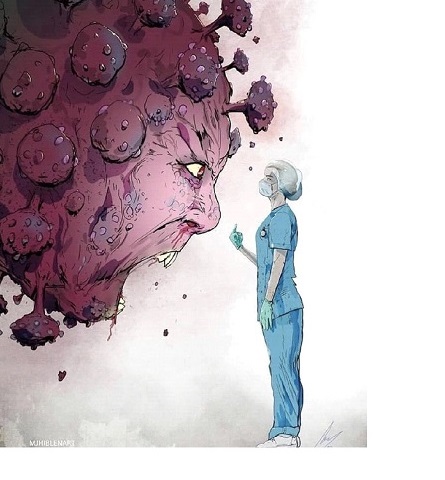 Reince Priebus - Chief of Staff
The boyish Mr Priebus, 44, is being widely tipped as Mr Trump's White House consigliere.
As chairman of the Republican National Committee, he was a bridge between the Republican nominee and a party establishment that was embarrassed by its own presidential standard-bearer.
Mr Priebus is close to House Speaker Paul Ryan, a fellow Wisconsinite, who could be instrumental in steering the new administration's legislative agenda. 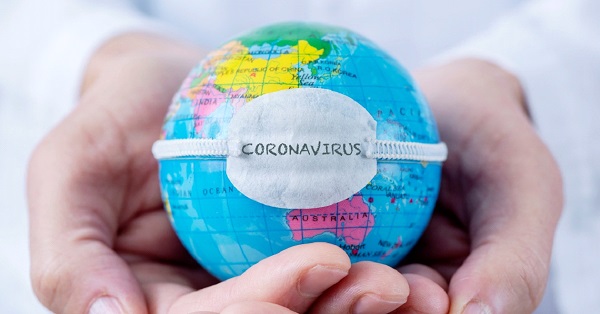 Chris Christie - Commerce Secretary
After his own Republican presidential campaign foundered this year, the New Jersey governor promptly endorsed Mr Trump.
Mr Christie, 54, currently overseeing Mr Trump's White House transition, has been mentioned for various posts in the administration, including commerce secretary.
But he has been tainted by a scandal over the closure of a major bridge linking New Jersey and New York City, allegedly to punish a local mayor.
Since any presidential cabinet appointment must go before the Senate, confirmation could be problematic while this cloud hangs over him. 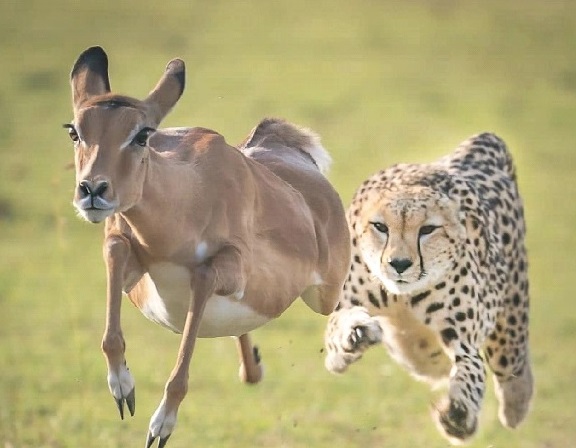 Jeff Sessions - Defence Secretary
The US senator from Alabama is being touted as a possible Pentagon chief.
At his victory bash in New York, Mr Trump said of Mr Sessions, "he is highly respected in Washington because he is as smart as you get".
The 69-year-old was a supporter of the 2003 US invasion of Iraq, which Mr Trump recently called "a terrible and stupid thing".
Mr Sessions sits on the Senate Armed Services Committee, the Judiciary Committee and the Budget Committee. 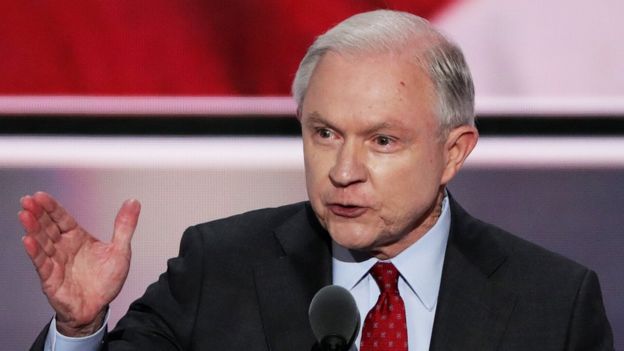 Michael Flynn - National Security Adviser
Mr Flynn, a retired three-star US Army lieutenant general, helped Mr Trump connect with veterans despite the candidate's lack of military service.
He claims he was forced out of his role as director of the Defense Intelligence Agency from 2012-14 because of his views on radical Islam.
During the campaign, he pilloried the Obama administration's approach to the threat posed by the Islamic State group. 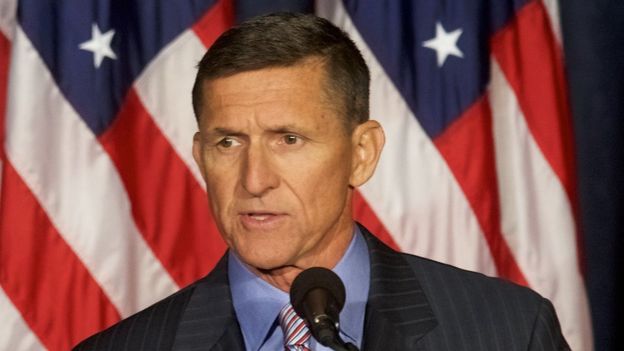 Steven Mnuchin - Treasury Secretary
Mr trump himself has named his finance chairman for the post of Treasury Secretary.
But it's unclear whether Mr Trump's populist supporters would welcome the idea of handing the levers of national tax policy to a consummate Wall Street insider.
Mr Mnuchin amassed a fortune during his 17 years at Goldman Sachs, before founding a movie production company that was behind such box office hits as the X-Men franchise and American Sniper. 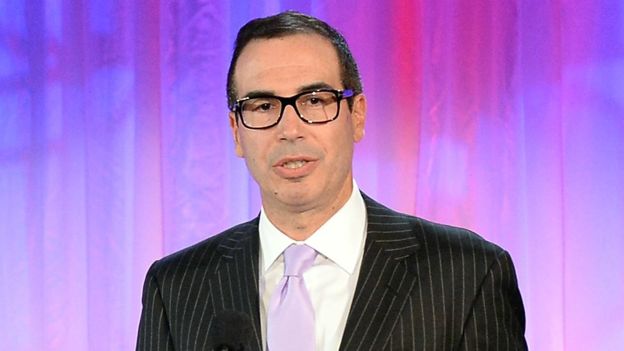