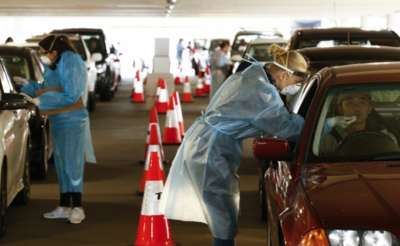 We’ve been reporting all week about a worrying rise in Australia’s cases - and while the figures are comparatively small on a global scale, authorities aren’t leaving anything to chance.

Over 1,300 officials are now combing “hotspot” suburbs in Melbourne to carry out a massive testing “blitz”.

The state capital of Victoria has been the only source of community transmissions in Australia for several weeks.

“Rather than waiting for an unsustainable number of community transmission to become known, we are going to go literally door-to-door, we are bringing the public health response to your doorstep,” said Victoria Premier Daniel Andrews.

The army has been drafted in to help with testing and other tasks.

Is Australia facing a second wave?
Nationally, 34 new cases have been reported overnight - with 33 in Victoria.

This is the state's highest daily increase in three months, but community transmission has remained stable, and there are only seven people in hospital.