Policeman's hand cut off in lockdown attack in India 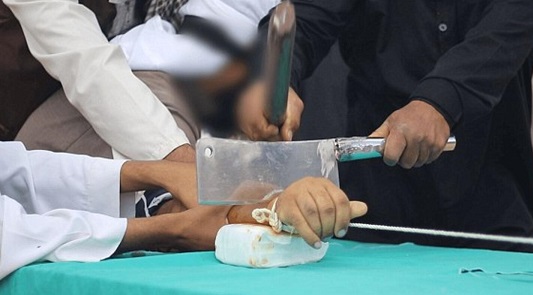 A police officerâ€™s hand was cut off as he stopped people from violating the lockdown in the northern Indian state of Punjab.

Two of his colleagues were also injured in the attack.

The incident happened in Patiala district when a car rammed into a police checkpoint. The occupants of the car then left the vehicle and attacked the officers.

At least three attackers, who are reportedly from a religious sect, have been arrested.

Punjab police chief Dinkar Gupta told NDTV that after a two-hour standoff the perpetrators had surrendered and "came out carrying swords and knives".

Officials said the officers were being treated by the top doctors in the state.

Police have come under attack in other parts of the country while trying to enforce the lockdown.