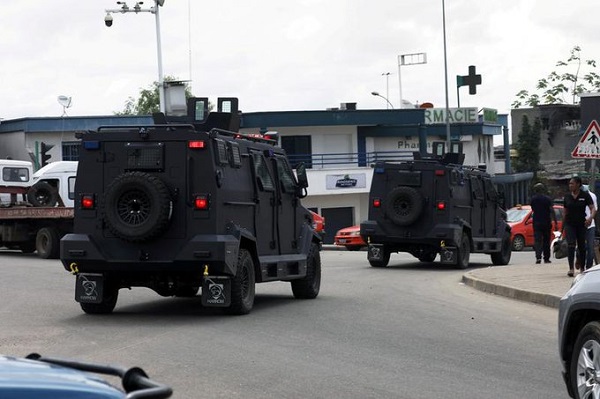 At least six people have been killed in a port town in southern Ivory Coast this week, the mayor said on Thursday, as supporters and opponents of President Alassane Ouattara trade blame for rising violence ahead of the Oct. 31 election.

The authorities decreed a curfew on Wednesday night in response to the killings in Dabou, which Mayor Jean-Claude Niangne said were carried out by men armed with assault rifles and machetes.

Violence has broken out sporadically since August, when Ouattara announced his candidacy for a third term, a move his opponents say violates the constitution.

In all, more than 20 people have died in protests and clashes between rival supporters.

The events have stoked fears about a bigger slide into violence. A disputed election a decade ago led to a civil war that killed 3,000 people.

Niangne, a member of Ouattara’s ruling party, said young men affiliated with the president’s opponents took control of parts of Dabou earlier in the week, killing six people and wounding 40, before being pushed out on Wednesday by the police.

He said weapons belonging to a national lawmaker and former mayor of the town, who is an ally of exiled opposition leader Guillaume Soro, were used by the assailants.

The lawmaker, Ben Souk Sess, who is in exile in Mali, denied this and blamed the violence on youth gangs working for Niangne.

Ouattara’s two main challengers in the election, former President Henri Konan Bedie and Pascal Affi N’Guessan, called on their supporters last week to boycott the electoral process and prevent it from going ahead.

They accuse the ruling party of manipulating the electoral process to ensure Ouattara’s victory. Ouattara denies this and says he has the right to stand for re-election under a new constitution approved in 2016.