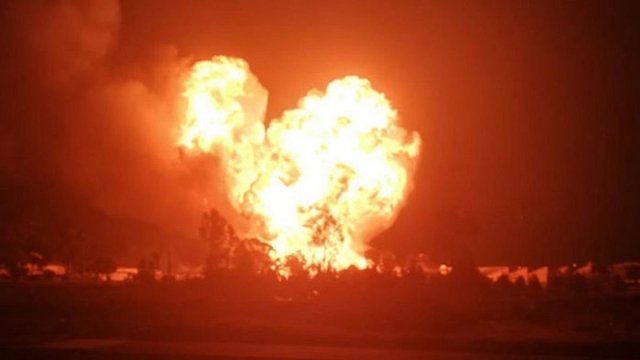 Eyewitness, Marazelle de Villiers, filmed the huge fire that resulted from the crash, which burned buildings and shops.

“After the video, we were standing quite close and the next moment we had a massive explosion that was the final explosion, that’s when everything exploded,” she said.

According to local reports, the truck driver reversed into a lamp post and the crash sparked the fire.

The Western Cape Traffic Chief, Kenny Africa over the phone said that the cause of the explosion had not been confirmed and that police are investigating the matter.

A case has been opened against the truck driver for negligence, Africa said.

The Greater Accra Regional Minister, Ishmael Ashietey is locked up in a meeting…