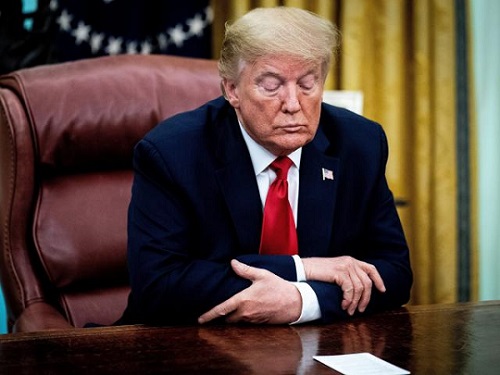 Former President Donald Trump was very interested in hearing intelligence reports about foreign leaders, particularly regarding their romantic affairs, according to The New York Times.

In its article published on Thursday, the outlet spoke to former Trump-era officials and people responsible for giving him intelligence, who said that he was very interested in reports that had a narrative to them. This included details about how his meetings with other world leaders had gone.

The Times also reported that Trump was eager to hear about the CIA's information on foreign leaders' extramarital affairs. According to the outlet's interviewees, Trump's interest stemmed from the amusement he derived from the reports he heard rather than his desire to build up potential blackmail material.

"He is all about leverage," Sue Gordon, a former principal deputy director of national intelligence, told The Times. "It is not my experience that he has an ideologically held view about anything. It's all about what he can use as leverage in this moment."

A representative at Trump's post-presidential press office did not immediately respond to a request for comment from Insider.

The Times' report came following a Rolling Stone article published this week that revealed how Trump had been bragging to his aides about having dirt on French President Emmanuel Macron's sex life.

It is unclear if Trump ever possessed compromising information on Macron. However, a file labeled "info re: President of France" was among thedocuments found by the FBIduring its raid on Trump's Mar-a-Lago residence earlier this month.

The FBI is now investigating whether Trump broke three federal laws, including the Espionage Act, by keeping classified documents at Mar-a-Lago. During its August 8 raid, the agency seized 11 sets of classified documents from the property. Per The Washington Post, some files were marked top secret and concerned nuclear weapons.