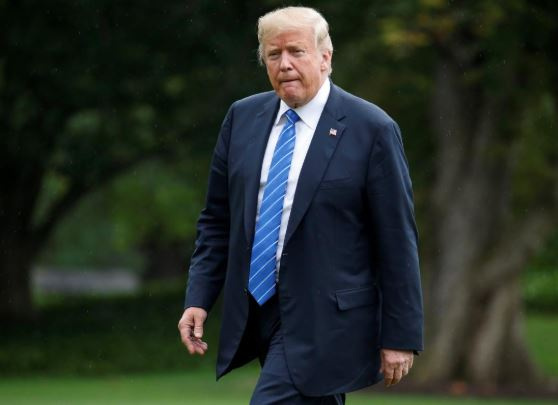 The U.S. Supreme Court on Friday agreed to hear President Donald Trump’s appeals in three separate cases to prevent his financial records, including tax returns, being handed over to Democratic-led House of Representatives committees and a New York prosecutor.

The Republican president is trying to block subpoenas for bank records, tax returns or other materials demanded by various Democratic-led House of Representatives committees investigating corruption or foreign meddling in the U.S. elections process. The House probes are not part of the Democratic-led impeachment proceedings against Trump over his dealings with Ukraine.

Manhattan District Attorney Cyrus Vance, a Democrat, is seeking Trump’s tax returns in a criminal investigation of the president, the Trump Organization and his family real estate business.

The court will hold oral arguments in March, with rulings due by the end of June.

“We are pleased that the Supreme Court granted review of the President’s three pending cases. These cases raise significant constitutional issues,” said Jay Sekulow, one of Trump’s lawyers.

Democratic leaders in the House expressed disappointment that the justices’ decision to hear the cases will result in further delay.

“Unfortunately, the American people will now have to wait several more months for final rulings,” House Speaker Nancy Pelosi said in a statement. “We are confident that the Supreme Court ... will uphold the Constitution, the rulings of the lower courts and ensure that Congressional oversight can proceed.”

The cases are a test for how the justices view Trump’s arguments that the subpoenas are a threat to the presidency, on the one hand, and the need for lawmakers or prosecutors for information to pursue legislation or criminal investigations on the other.

The court has a 5-4 conservative majority including two Trump appointees, Justices Neil Gorsuch and Brett Kavanaugh.

The justices’ decision to review the legality of the subpoenas investigating Trump’s conduct adds another politically-contentious issue to a court term that already includes high-profile cases on abortion, LGBT worker rights, gun rights and the fate of “dreamer” immigrants brought illegally to the United States as children.

One of the Trump cases is his appeal of a lower court ruling allowing a New York grand jury to subpoena his accounting firm Mazars LLP for his records.

Trump’s attorneys said prosecutors could be encouraged to investigate a president to advance their careers or score political points if that subpoena is enforced.

Another case concerns a lower court decision in Washington that endorsed subpoenas issued by the Democratic-led House Oversight Committee to Mazars.

Trump’s lawyers say there was no legislative purpose for the subpoenas and that the aim was merely to dig for dirt on the president.

The court on Friday extended its hold on the lower court ruling, which it had temporarily blocked last week.

The lower court rulings in the congressional cases, if left intact, would bring House Democrats closer to getting some of the details about Trump’s business interests.

That outcome would also amount to a major blow for the president, who, unlike past presidents, has refused to publicly disclose his tax returns.

Legal experts say the justices often hear cases when the president asks them to, but that does not mean Trump will ultimately prevail.