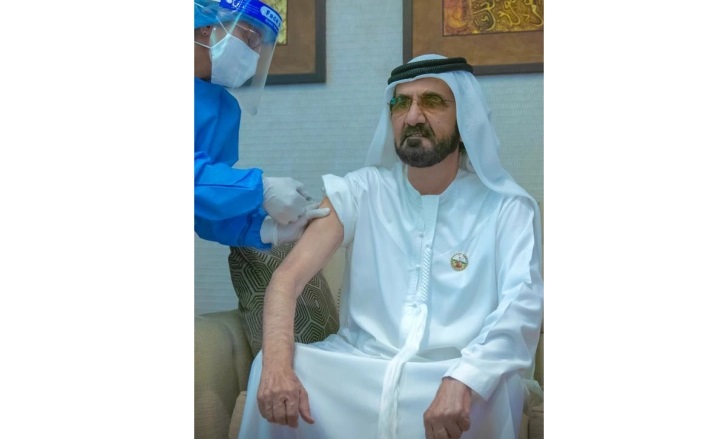 “We wish everyone safety and great health, and we are proud of our teams who have worked relentlessly to make the vaccine available in the UAE,” he wrote on Twitter on Tuesday.

Al Maktoum also shared a photo with his post, in which he was seen receiving a shot, developed by China’s Sinopharm.

He is the latest person to receive the vaccine after dozens of other Emirati officials.

Front-line healthcare workers in the UAE also got the shot, according to local media reports.

The vaccine is now in the third and final stage of clinical trials and has so far been found safe and effective, local media reported, citing the authorities.

Several pharmaceutical companies and research centres around the world are working on developing COVID-19 vaccines, with large global trials involving tens of thousands of participants under way.

Some companies are close to unveiling their initial findings, with Canadian and European regulators already reviewing early data on some vaccines.

The UAE has so far recorded 135,141 COVID-19 infections and 497 deaths, according to data collected by the Johns Hopkins University.