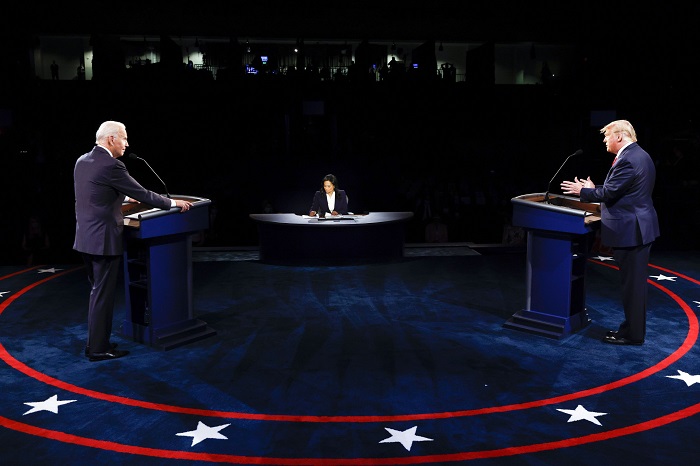 The outcome of the US presidential election is on a knife-edge, with Donald Trump so far doing much better than the pollsters predicted.

Both Mr Trump and his Democratic challenger Joe Biden are running neck and neck in a number of swing states.

The president is projected to have held the must-win state of Florida - a major boost to his re-election bid.

But Mr Biden could snatch Arizona, a once reliably conservative state. The vote caps a long and bitter race.

READ ALSO: Biden: 'We're on track to win this election'

Other key states such as Georgia, Pennsylvania, Wisconsin, Michigan and North Carolina are toss-ups.

With the nation on edge, the final result may not be known for days as postal votes are tallied.

More than 100 million people cast their ballots in early voting before election day on Tuesday - setting US on course for its highest turnout in a century.

Control of Congress is also at stake. As well as the White House, Republicans are vying to hang on to a Senate majority.

Republicans have lost a Senate seat in Colorado, but gained one in Alabama.

Mitch McConnell, the Republican Senate leader, and Trump ally Lindsey Graham have both been re-elected.

The House of Representatives is expected to stay in Democratic hands.

What are the presidential results so far?
With partial results in, Mr Biden has a solid lead in Arizona. Fox News has projected Mr Biden will win that state and CBS News, the BBC's US partner, said it was leaning the Democrat's way. 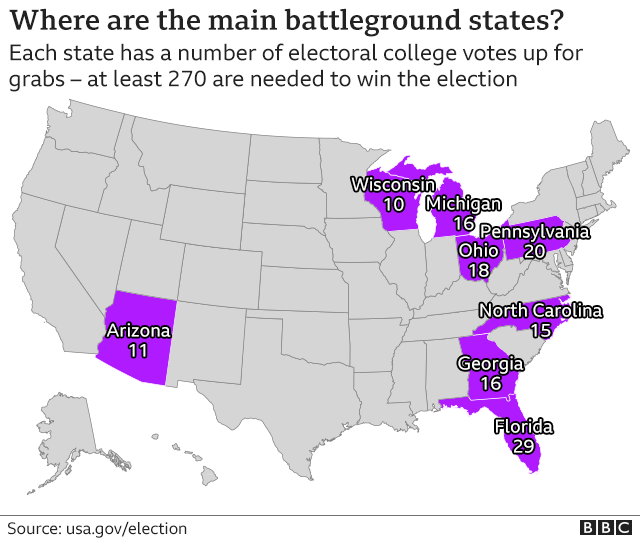 But the Trump campaign said it was too early to declare a winner in Arizona. A loss for Mr Trump in that once reliably Republican state would be a potentially serious setback.

The battlegrounds in the Rust Belt of Pennsylvania, Michigan and Wisconsin look as though they could go either way.

Pennsylvania, along with Florida, is considered a must-win for Mr Trump if he is to stave off defeat.

Cliffhanger counts are also under way in two more critical swing states on the East Coast, Georgia and North Carolina.

No surprises have emerged yet in the other states.

Mr Trump will keep hold of Ohio and Missouri, known as bellwether states because they have so often predicted the eventual winner, according to the BBC's projection.

Mr Trump narrowly lost Minnesota in 2016 and his campaign is hoping to pick it up this time.

National opinion polls gave a firm lead to Mr Biden, but pointed to a closer race in the handful of states that are likely to decide the outcome.

Projections are based on a mixture of exit poll data and, in most cases, actual votes counted - and are only made where there is a high degree of certainty.

In the US election, voters decide state-level contests rather than an overall, single, national one.