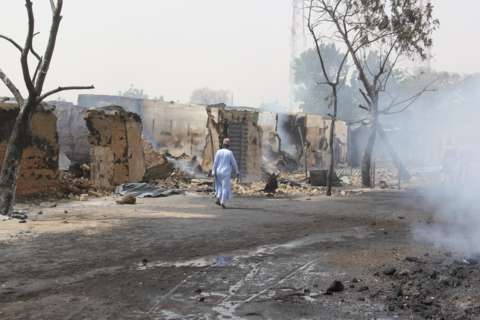 The refugees are "mainly desperate women and children", who have been allowed to seek protection in Niger despite border closures as a result of coronavirus pandemic, the UN agency said on Tuesday.

UNHCR said that an additional 19,000 Niger nationals in the southern Maradi region had become displaced inside their own country, "fearing and fleeing the same insecurity in the border areas.”

"Those fleeing speak of extreme violence unleashed against civilians, murders, kidnappings for ransom and pillaging and looting of villages," a statement by the agency said.

The numbers fleeing have almost tripled from last year when the agency reported the first influx of 20,000 people following an insurgency and banditry in northern Nigeria which killed hundreds and displaced thousands.

The flight to Niger takes the total number of refugees fleeing that part of Nigeria to more than 60,000 since the first influx in April last year, it said.

The latest influx follows bloodshed in the Nigerian states of Katsina, Sokoto and Zamfara, the agency said.

Niger is also beset by jihadist violence, notably around Lake Chad, where the borders of Cameroon, Chad, Niger and Nigeria converge.