53-year-old pastor from Nigeria who impregnated more than 20 members of his congregation, including several married women and young girls, claiming that the Holy Spirit told him to have sex with them has been arrested for sexual abuse. 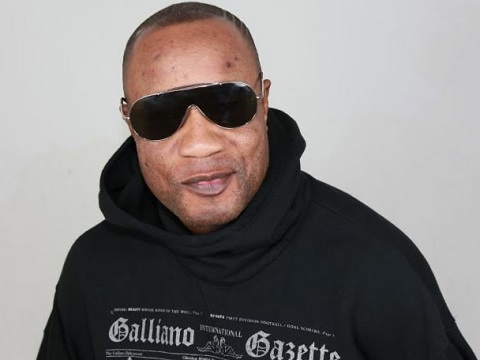 Koffi Olomide given 18 months behind bars after Kenya incident

Congolese rhumba musician Koffi Olomide has been sentenced to 18 months in prison for assaulting one of his dancers in Kenya last week, DR Congoâ€™s local media report.

A Malawian man, who featured in a BBC story as being involved in an initiation ceremony to "cleanse" young girls by having sex with them, has been arrested.Â 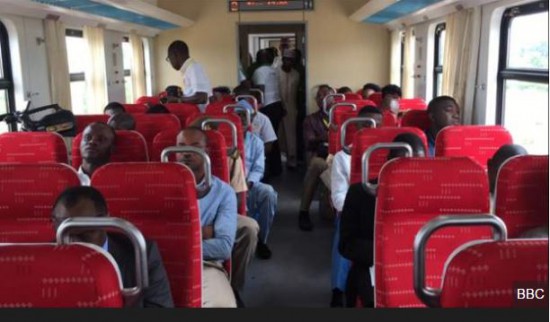 Choose NDC, at least you shall be spared acid attacks - Dumelo

Actor John Dumelo, who has never concealed his affiliation to the incumbent National Democratic Congress (NDC), has taken his allegiance to the party a notch higher, saying he is proud to be a member of the party.

The Centre for World University Rankings (CWUR) has released its 2016â€™s list of top ranked world universities with only 10 African universities getting the nod exposing the falling standards of higher education on the continent.

Amnesty International has accused Cameroonian authorities of arbitrarily arresting more than 1,000 people as part of their fight against Islamist militant group, Boko Haram, and dozens have died of disease or been tortured to death.

After gunfire broke out in South Sudan especially in the stronghold of Vice-President Riek Machar, the UN Security Council has called on warring factions to immediately end the recent fighting and prevent the spread of violence.

A protest break-up by Zimbabweâ€™s police in Harare has led to violence when local residents teamed up with demonstrating minibus drivers to pelt the police who also beat up demonstrators amid use of water cannons and tear gas to disperse the crowd reports the BBC.

The African Unionâ€™s vision of forming a closely knit union takes shape with the launch of a common passport that will grant visa-free access to all Â 54 member states.

Zimbabwe to print its own US dollars

Zimbabwe is set to print its own version of the US dollar in order to ease a cash shortage in the country.

Liberia: George Weah to run for president for second time

Former AC Milan player, Â George Weah is set to contest for president of Liberia for a second time.

But these could be shaken following the Panama Papers leak, which involved the disclosure of 11.5 million confidential tax documents from Panamanian law firm Mossack Fonseca.

Dangote has become one of several high-profile Nigeriansâ€” including Senate President Bukola Saraki and disgraced former Delta state governor James Iboriâ€”to be implicated in the leak, which exposed how the worldâ€™s rich and famous use offshore facilities and shell companies to hide their wealth. The use of offshore shell companies is not necessarily illegal but is often a tactic employed to avoid paying tax.

Ranked as Africaâ€™s richest man by Forbes in 2015 and currently worth an estimated $17.3 billion, Dangoteâ€”the chief executive of the Dangote Groupâ€”has been closely linked to at least four offshore shell companiesâ€”and as many as 13 through his family and business associatesâ€”according to Nigeriaâ€™s Premium Times, a reporting partner of the International Consortium of Investigative Journalists, which broke the leak.

According to Premium Times, Dangote along with his half-brother Sayyu Dantata, both bought shares in 2003 in Ovlas S.A., a shell company registered in the Seychelles. A company co-owned by Dangote and Dantata, MRS Oil and Gas Co. Limited, also bought shares in the Seychelles-based company at the same time. The trio ceased to be shareholders in Ovlas S.A. in 2006, according to the leaked Mossack Fonseca files, but it appears that the three simply sold the shares back to themselves. In 2009, Dangote finally ceased to be a shareholder, but apparently sold his shares to Dantata and MRS.

The trio reportedly repeated a similar practice by purchasing shares in another Seychelles-based company, Petrowest S.A., also in 2003, before apparently re-selling the shares to themselves in 2006. In a confusing turn of events, the shareholders filed to change the name of Ovlas S.A. to Petrowest S.A. in 2011. Dangote was also linked to two other shell companies based in Panamaâ€”SID Holdings Corp and Chalmers Shipping Incâ€”and another based in the Seychelles, Paseo Trading Ltd, according to the investigation.

The Dangote Groupâ€™s spokesman, Tony Chiejina, has rebuffed any links between the Nigerian billionaire and the companies. â€œI wish to state categorically that neither Aliko Dangote nor Dangote Industries Ltd has any form of relationship with these alleged four offshore companies [Paseo Trading Ltd, Petrowest S.A., SID Holdings Corp, Chalmers Shipping Inc],â€ said Chiejina. â€œThe Group has four quoted companies on the Nigerian Stock Exchange and cannot afford to tarnish our reputation or conduct our business in an unethical manner given this profile.â€

Despite such denials, however, the alleged links are likely to raise questions for Dangote, whose group is currently undertaking a $14 billion project to build an oil refinery in Lagos that has been touted as the solution to Nigeriaâ€™s fuel crisis.

Dangote was born in the northern Nigerian city of Kano and has previously expressed an interest in taking over English football club Arsenal. He is held in high regard in Nigeria and aided the governmentâ€™s response to the Ebola virus, with his group donating $150 million in 2014 to stop the deadly virus spreading in the West African nation. Dangote has, however, previously faced scrutiny following the Swiss Leaks scandal of February 2015. A leak from HSBCâ€™s Swiss subsidiary revealed that scores of high-profile world figures were operating secretive accounts with the bank to evade tax. Dangote was found to have opened an account with HSBCâ€™s Swiss arm in 2003 and the account was registered to a company located in the British Virgin Islands, though it was never proven that Dangote used the account to evade tax.

Mugabe's Choice For Ambassador To UK Rejected Over Farm Dispute

Zimbabe President, Robert Mugabeâ€™s choice of ambassador-designate, Ray Ndhlukula has reportedly been rejected by the British government for undisclosed reasons.

South Africa's parliament is due to vote on an opposition-sponsored motion to impeach President Jacob Zuma.

The Democratic Alliance (DA) said he was no longer fit to govern after the country's highest court ruled last week that he had breached the constitution by failing to repay public money used to upgrade his private residence.

The governing African National Congress (ANC) is expected to defeat the motion.

It denounced the impeachment proceedings as a publicity stunt.

The DA said it would demand a secret ballot, but parliamentary speaker Baleka Mbete has rejected the proposal.

Mr Zuma has been dogged by allegations of corruption since before he was elected president in 2009.

He was accused of taking bribes over an arms deal, but he denied the allegation and the charges were controversially dropped just before he took office.

He later found himself at the centre of controversy over the use of $23m (Â£15m) of public money to upgrade his private home in the rural area of Nkandla in KwaZulu-Natal province.