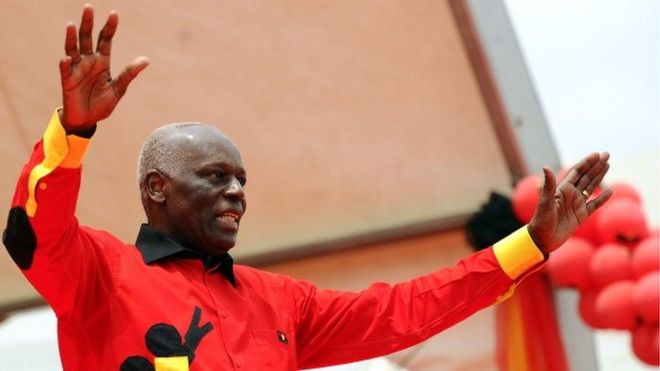 Angola's long-time President Jose Eduardo dos Santos has confirmed he will step down before August's poll and has announced his likely successor.

He told a meeting of the governing MPLA party that Joao Lourenco, the defence minister, would be the party's presidential candidate.

But the 74-year-old is to remain leader of the influential ruling party.

He is one of Africa's longest-serving leaders, becoming president of the oil-rich nation in September 1979.

Mr Dos Santos has previously said he would stand down only to change his mind.

Many Angolans credit him for leading the country to recovery after the end of its 27-year civil war in 2002.

But some accuse Mr Dos Santos of being authoritarian, staying in office for too long and failing to distribute the proceeds from the oil boom more widely.

"We see signs that he plans to retain some power behind the throne."

Who is Joao Lourenco?

A former general, the 62-year-old is part of the president's inner circle and is currently the MPLA's deputy leader.

As a young man he fought against Portuguese colonial rule, and in the civil war that followed independence in 1975. 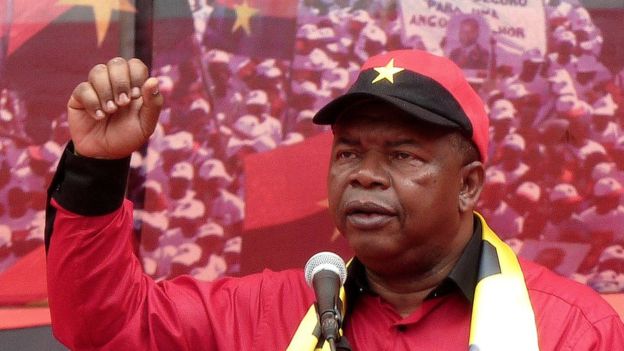 Like Mr Dos Santos, he was a student in the former Soviet Union before going into politics.

According to his biography posted on the Community of Portuguese-Speaking Countries (CPLP), he used to play football and do Shotokan karate and also enjoys chess and horse-riding.

He is married with six children and speaks Russian, Spanish and English.

Will he become president?

Angola no longer directly elects a president, so the winning party in the parliamentary vote chooses the head of state.

As the MPLA faces no real political opposition, it is likely that Mr Lourenco will become president.

Soren Kirk Jensen of the London-based Chatham House think tank says Mr Lourenco has a reputation as a moderate.

"He is probably the right person to be the bridge as Angola goes through a transition," he told the AFP news agency.