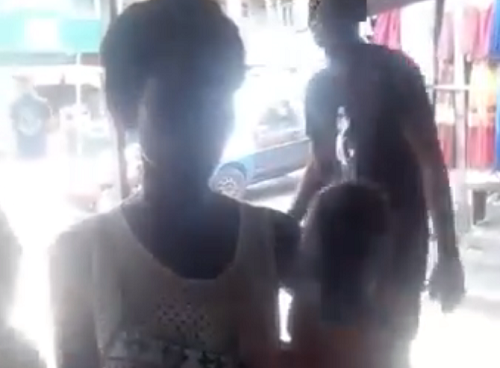 The incident, happened at a town called Sapele in the Delta state of Nigeria according to YEN.com.gh.

According to information they wanted an amount of 20,000 naira which is just about 290 cedis.

The woman claimed that the father of the little girl was in America and she was seeking the money to travel to meet him.

Not having anything as collateral, she proposed to leave the girl for that purpose and promised to come for the baby and pay back the money whenever she returned from her trip abroad.

But the people around did not believe as they thought she was trying to flee with the money and abandon her child.

In a video from the incident, the woman was seen holding the little girl by her side as she narrated her story to some men.

It is not known if the woman is mentally stable or not as the video did reveal much beyond her narration.