ACEP boss makes a case for ethanol in energy mix 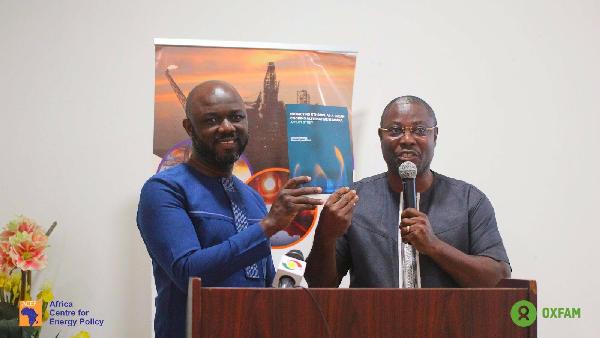 The Executive Director of Africa Centre for Energy Policy (ACEP), Ben Boakye, says it is important for the country to explore the opportunity in ethanol production as alternative to fossil fuels in the energy transition mix in order to remain relevant in the market.

He asked “Can you imagine Ghana developing a technology that generates electricity cheaper, than conventional energy that the world may need that automatically opens up a global market for us and we have to participate in that space.

Speaking at the launch of a report on ‘Promoting Ethanol as a Clean Cooking Alternative in Ghana’, he said “Ethanol produces a very important switching mechanism for us, which can create jobs. It provides easy access for other markets to be explored and we need to optimized the uptake of ethanol for cooking purposes and also incentivize its production, beyond this we seeking to engage academia, research institutions to look at the alternatives for generating ethanol in country to make it cheaper.

Mr. Boakye indicated that it is time to move away from fossil fuels into cleaner alternatives given that technological advancement has become the order of the day,
which is competing against fossil fuel.

“There is aggressive uptake in technology that we have to pay attention to, if we are not able to examine our position and participate in that technology space, we are going to remain in the market.

Further, he stated that before the oil is produced, it requires an investment of US$4.7bn to build the installations and infrastructure to be able to produce the oil; “that technology is not owned by us, so the oil that you think belongs to you, you have to front load US$4.7bn of that benefit into another economy.”

Ghana has made close to US$7bn since its production of oil 12 years ago, but the total output is in excess of US$20bn, he noted. “It tells you that the owners of technology are the ones benefiting more from the resources you produce, so the conversation has
to be crisp and concise about what the future holds for us if the transition happens faster than we think, would we remain in the market and still buy technology or fuel source to sustain our economy.

If we are able to substitute import of LPG which runs into about US$100m a year that
could be an incentive for local production of these alternativesand keep the money in Ghana for our development.”

The report highlighted the significance of adopting cleaner energy, revealing that the average price of LPG increased from GHS 3.17 per kg in January 2017 to about GHS 11.5 per kg as of March 2022, affected mainly by rising crude oil prices and currency depreciation.

The study examined consumer behaviours towards using ethanol-based cookstoves and fuels in Ghana. The results are based on a pilot study in two periurban localities in Ghana – Ningo Prampram District and Akuapem North Municipality.

Ethanol or alcohol-based fuels are either liquid or gel and do not produce smoke since they undergo complete combustion.

Ethanol-based stoves and fuels have proven to be resilienttechnologies that can help reduce greenhouse gas emissions.” The report captured.

Realising the impacts of the use of solid biofuels, governments, development partners, NGOs,and other institutions have reiterated the call for using cleaner fuels for cooking.

These calls have led to varioustechnologies that either manage wood fuel utilisation or switch entirely to other cleaner technologies. However, the world continues to fall short of meeting the targets of ensuring universal access to clean fuels and technologies for cooking.

It is estimated that, at the current pace, only 72% of the global population will have access to clean cooking fuels and technologies by 2030.