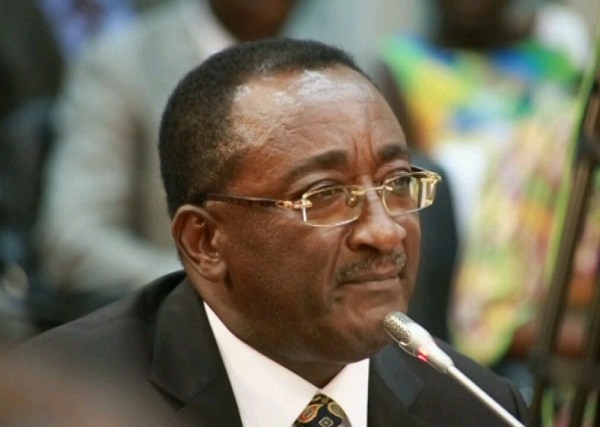 Minister for Food and Agriculture Dr Owusu Afriyie Akoto is expected to submit a COVID-19 emergency food preparedness plan to Parliament next week.

The plan sort to put out measures to ensure food security despite the COVID-19 pandemic.

The Minority in parliament expressed concerns over food price hikes as a result of COVID-19.

They say this is threatening the country's food security but Dr Afriyie says a plan exit which he will submit to parliament soon.

"They are not aware we have the emergency plan in place, those who have eyes and ears will see and hear. I will come back to parliament next week to present it. It is there we just have to polish it and I will read it out for all to hear".

Dr Owusu Afriyie assured Ghanaians that there is enough food supply in the country despite COVID-19 halting several activities.

He said due to the government's flagship programme, Planting for Food and Jobs, the country has more than enough to take care of the citizens in this period.

READ ALSO: I don't think anyone can complain that food is expensive in Ghana - Agric Minister

Speaking in a press briefing in April, Dr Owusu Afriyie said even though he does not subscribe to the control of food prices no one can complain that food is expensive in Ghana.

He believes that there is enough food on the market hence prices have even dropped in some jurisdiction.

He generated some controversy when he said that one can get a bunch of plantains from between ¢3 to ¢5.

It generated a lot of debate as some said he was not been truthful but on May 28, 2020, he said his words were clearly taken out of context.

“I was taken totally out of context and I am not prepared to go back to it, if you look at the records two years ago plantain prices were so low, nobody can deny that. If you want to challenge that, we are the ones who keep records of prices in the market. We have over 300 officials of the Ministry in all the markets so I can show you that at one point a bunch of plantain was indeed ¢4 here in Accra and no one can deny that, I am not prepared to drag this issue,”.