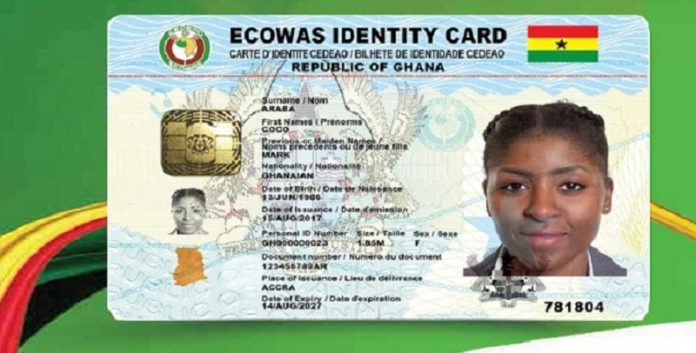 President Akufo-Addo has disclosed that all national ID numbers will become Tax Identification Numbers from April 1, 2021.

He made this know during his first State of the Nation Address.

He explained that by so doing the number of Ghanaians who pay tax willÂ increase from the current 3 million to 15.5 million.

President Akufo-Addo said then they assume office in 2017, they "faced a challenge of a largely informal economyÂ the features of the informal economy included the absence of unique identification for citizens and residents of Ghana. In the absence of a properly working address system across the country. Further, only a small proportion of our population was registered by the Ghana Revenue Authority with tax identification numbers and by SSNIT for social security. 70% of the adult population do not have access to a bank account, financial transactions were dominated by cash..."

He also stated that the government was able to sustain all public sector workers in employment despite the economic impact of the COVID-19 pandemic.

According to the President, although most businesses in Ghana were affected by the pandemic leading to loss of jobs, no public sector worker lost their job during the period.

Delivering his State of the Nation Address, SoNA in Parliament on Tuesday, 9 March 2021, President Akufo-Addo said: â€œAccording to the COVID-19 Business Tracker survey conducted by the Ghana Statistical Service in collaboration with the United Nations Development Programme (UNDP), and the World Bank, the covid-19 pandemic has led to job losses with many Ghanaian businesses and firms being forced to cut cost by reducing staff hours, cutting wages and in some cases, laying off workers...â€

â€œThis survey again showed that about 770,000 workers had their wages reduced and about 42,000 employees were laid off during the 3-week partial lockdown imposed on the Greater Accra and the Greater Kumasi Metropolitan areas and their continuous districts Tema and Kasoa.

â€œGovernment, however, succeeded in protecting the jobs and income of all public sector employees,â€ President Akufo-Addo stated.