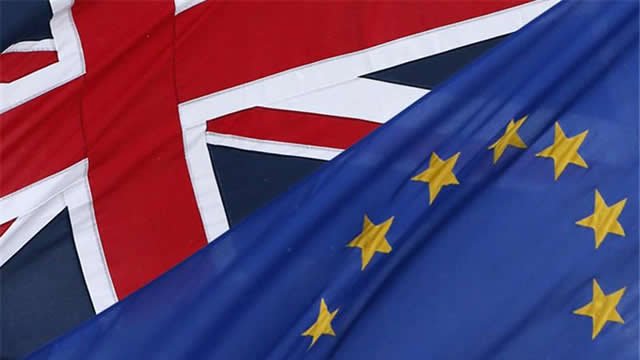 Brexit has been delayed, and may eventually be called off. But it's already done major damage to the UK economy.

The vote to leave the European Union in June 2016 caused the pound to weaken dramatically and ushered in years of uncertainty that has reduced economic activity and triggered a slump in investment.

The economy is now 2% smaller than it would have been if the United Kingdom had chosen to remain in the bloc, according to the Bank of England. The economic output lost since the referendum is worth about £800 million ($1 billion) per week, or £4.7 million ($6 million) per hour.

The economic consequences have piled up despite there having been no structural changes yet to Britain's trading relationship with EU nations or the rest of the world.

Britain has continued to sell goods and services into the European Union, its biggest trading partner, while politicians worked to negotiate the divorce. It has been easy for UK companies to hire EU workers, and to maintain supply chains that crisscross national borders.

Yet there has been no clarity over the terms of future UK trade for nearly three years, making it difficult for companies to plan for the future. Investments have been delayed or canceled and many businesses have instead poured millions into planning for the worst case scenario: a disorderly Brexit.

With UK politics in disarray, there's still a risk the country will leave the European Union without a transitional deal to protect trade. The Bank of England has said the fallout from that scenario would be worse than the 2008 financial crisis.

The United Kingdom was the fastest growing G7 economy when voters went to the polls in 2016. Emergency action by the Bank of England helped the UK economy avoid the recession that some had predicted would follow a vote in favor of Brexit, and unemployment remains very low.

But the country still fell toward the bottom of the G7 ranking. Economic growth has slumped from an annual pace of around 2% to less than 1% now.

Investment by UK companies stalled after the referendum and then plunged 3.7% in 2018. Meanwhile, the rest of the G7 has seen business investment grow around 6% a year since the vote.

And business confidence in Britain has slumped to the lowest level in almost a decade.

"The reason for this underperformance relative to the rest of the world is, I believe, the uncertainty surrounding the prospect of Brexit," Gertjan Vlieghe, a member of the Bank of England's Monetary Policy Committee, said in a speech last month.

The pain has also been felt by households. The pound plunged 15% against the dollar after the 2016 vote, pushing the price of imported goods higher. That spurred inflation and contributed to a decline in the value of people's paychecks.

Executives have reacted to the uncertainty by attempting to Brexit-proof their businesses.

"It is clear that political inaction has already had economic consequences, with many firms hitting the brakes on investment and recruitment decisions as a result of ongoing uncertainty," said Adam Marshall, director General of the British Chambers of Commerce, a business lobby.

Many banks have set up new offices in Germany, France, Ireland and other EU countries to safeguard their regional business after Brexit. Financial services companies also have to move substantial assets there to satisfy EU regulators. Assets worth at least £1 trillion ($1.3 trillion) are leaving the country, according to consultancy EY.

Sony (SNE) and Panasonic (PCRFF) are both moving their European headquarters to the Netherlands.

Manufacturing companies, which need their supply chains to function seamlessly, have also made changes. Nissan (NSANF) has scrapped plans to build a new model in the United Kingdom, citing uncertainty over Brexit. German engineering group Schaeffler (SCFLF) is shutting two of its three factories in Britain for the same reason.

The most dangerous scenario — a disorderly Brexit — could still come to pass.

EU leaders on Thursday granted the United Kingdom a short delay to Brexit, but the country could still crash out of the bloc unless UK lawmakers agree a path forward.

Top officials at the Confederation of British Industry and the Trades Union Congress said Thursday that Britain faces a "national emergency" if politicians allow that to happen.

"Firms and communities across the United Kingdom are not ready for this outcome. The shock to our economy would be felt by generations to come," they wrote in a letter to May.

McDonald's (MCD) and KFC (YUM) joined with UK supermarkets to warn that crashing out of the European Union would disrupt supplies.

Airbus has said that it would be forced to redirect future investment away from the United Kingdom.