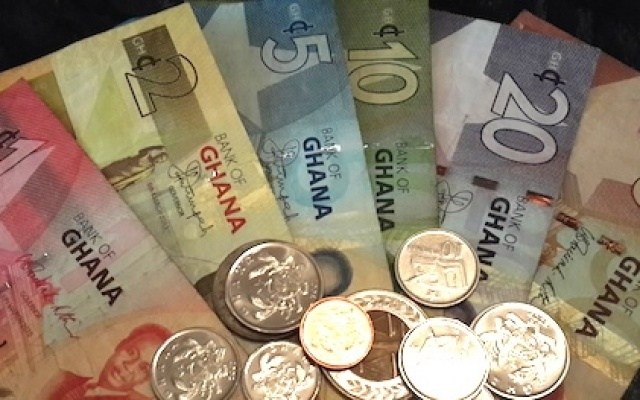 Centre for Economic Finance and Inequality Studies has projected that the local currency will end the year 2021 at GHC6.24.

This projection was made in a cedi outlook report for this year.

The think tank which is made of some senior finance lecturers from the University of Ghana and the Central University primarily focused on some economic, banking, finance and social issues in the country.

According to them, their projection is based on the fact that the expected rebound of the economy will not be enough to support the cedi's stability for the year.

The report also stated that they expect export to struggle this year despite the opening up of economies around the world because of the Covid-19 vaccine.

Another area they believe will affect the cedi has to do with a revenue shortfall and its implications on the financing of the budget deficit.

They also noted that the government's finances may be under some pressure this year.

Meanwhile, Ghana’s economy could come under some pressure from the rising debt which is projected to hit about 80% of Gross Domestic Product by the end of this year, according to ratings agency Moody’s 2021 Sub-Saharan African (SSA) Outlook report.

Already, the debt to GDP ratio has crossed the dreaded 70% mark, putting the country in the highly debt distress category, and increasingly threatening the stability of the economy.

“We expect most SSA sovereigns to see their debt burdens rise further in 2021. The average debt burden in the region will hover around 64% of GDP in the near to medium term compared to the 47% average in 2015-19”, Moody’s said.

“We do not expect debt burdens to come down in the foreseeable future as revenue generation capacity remains weak”, it added.

The international ratings agency said the country will be ranked second in Sub Saharan Africa with the greatest External Vulnerability Stress pressures.

“In SSA, higher external vulnerability indicators – which are a measure of short-term debt and upcoming external debt maturities against international reserves – will be more challenging for sovereigns outside of monetary unions. Zambia and Ghana will see the greatest EVI pressures, with 2021 levels forecast to be 509% in Zambia and 143% in Ghana”.

Despite a rebound in growth, the debt burden will rise further, as Ghana’s borrowing is extremely high compared to its peers on the continent.