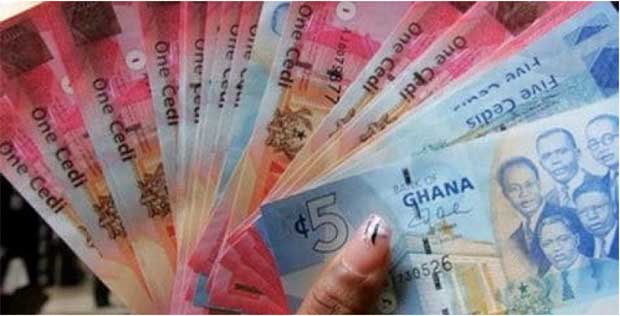 The deadly coronavirus has negatively impacted on the sustained appreciation of Ghana's cedi.

Ghana's cedi is now showing some signs of depreciation after the continues spread of the coronavirus.

The development is as a result of some offshore investors getting out of Ghana's bonds and turning to gold as a safe haven.

According to Joy FM's report, most of these investors who had an interest in our bonds are taking the decision as one of several means to protect their investment.

There are fears that the coronavirus might not be ending anytime soon, forcing some of the investors out of our bonds and now investing in gold.

The move has affected the cedi as it has come under some pressure, moving from GHS5.35p and now selling at GHS5.41874p

The fear is that if the coronavirus is not contained anytime soon there might be more pressure on the local currency and this could affect the gains of the Central Bank which has resulted in the appreciation of the cedi since January.

Some experts also believe that the US decision to slash interest rates in response to mounting concerns about the economic impact of the coronavirus could work in favour of Ghana.

The Federal Reserve lowered its benchmark rate by 50 basis points to a range of 1% to 1.25%.

Finance Minister Ken Ofori Atta said the Cedi's strong recovery in the first two months of 2020 will be sustained throughout the year.

The cedi has witnessed record appreciation in the first two months of the year against the dollar. This has been described by some market watchers as unusual, others also believe it is the less demand for the dollars for business in China because of the Coronavirus.

According to Bank of Ghanaâ€™s (BoG) latest Summary of Economic and Financial Data report for the month of January, the cedi has found a renewed strength and has so far held its own to make gains on its trading partners.

READ ALSO :Â CediÂ is world's best performing currency against the dollar in 2020

It added that the cedi in the first month of the year has so far appreciated 0.3 percent against the dollar, made a 1.9 percent gain on the British pound while recording a 2.3 percent appreciation against the Euro.

Ken Ofori Atta in an interview said his projection of a strong recovery is based on sound regulatory actions by the Bank of Ghana.

"I'm very confident that the cedi is going to hold even though it's an election year as you know we also moving towards the royalties ITO which will bring some more resources maybe around some 300 million into our coffers, I think I look to the year as even much calmer than previous years to get our road-going.."