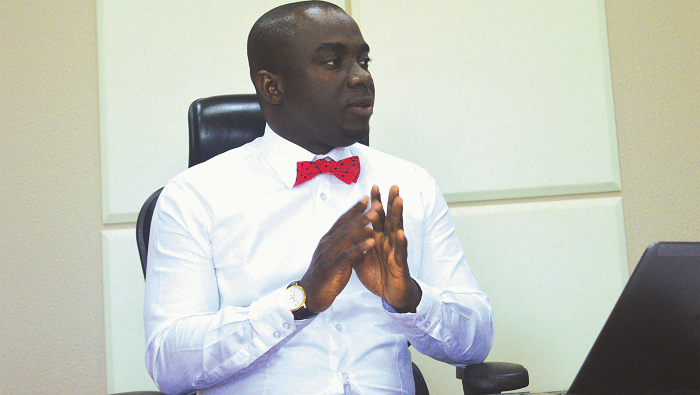 The Chief Executive Officer of defunct Beige Bank, Mike Nyinaku, has been remanded in police custody for one week.

The remand follows the dismissal of a bail application by his lawyers who assured the court that he will cooperate with the ongoing trial.

Though the application was not opposed by the prosecution, the Judge said his decision was based on the fact that the prosecution said investigations were still ongoing.

The Founder and Chief Executive Officer (CEO) of the defunct Beige Bank, Michael Nyinaku, and 12 subsidiaries of the Beige Group, were dragged to court by the receiver of the bank, Nii Amanor Dodoo in June 2019, for the alleged roles they played leading to the collapse of the bank.

Nii Dodoo is seeking to use the court action to retrieve more than GH¢1 billion from Nyinaku and his companies.

The writ, filed at the Accra High Court, accuses the former CEO of breaching his duties as a director of the bank and engaging in unlawful activities which led to massive losses at the Beige Bank.

According to the writ, Nyinaku allegedly supervised and unlawfully instructed the payment of hundreds of millions of Ghana cedis to his cronies and subsidiary companies without due diligence.

Apart from the recovery of various sums of money, the receiver also wants to use the suit to take custody of over 10 landed properties and about 165 cars and equipment which he averred were acquired with funds from the defunct bank.

The properties include a residential building at Trasacco, East Legon, and other properties scattered across Accra and Kumasi in the Ashanti Region.

The plaintiff is further seeking interests on the various sums of money that Nyinaku is allegedly liable for.

Other reliefs include: “An order for a perpetual injunction restraining all the defendants from selling, disposing of and/or dealing with the assets identified by the plaintiffs and any other assets acquired with funds obtained from the second plaintiff (Beige Bank).

“An order directing the defendants to account to plaintiffs all advantages, benefits, gains and profits derived or obtained from or through any transactions with second plaintiff (Beige Bank) funds.”

The plaintiff accused Nyinaku of breaching his fiduciary duties as a director of Beige Bank and engaging in various unlawful actions.

Some of the alleged breaches against Nyinaku are hiding behind the corporate veil of Beige Bank to “illegally gain access and siphon the funds of Beige Bank for his personal benefit” and failure to exercise due diligence in the approval of loans.

Others include “conflict of duty and conflict of interest by failing or refusing to disclose his interest in the other 12 subsidiaries, refusal to obtain approval from the board of directors in advancing loans to those subsidiaries.

“Failure to act as a faithful, diligent and careful director in transactions for or on behalf of Beige Bank, resulting in the bank going into receivership”.

In August 2018, the Bank of Ghana (BoG) revoked the licences of Beige Bank Limited and four other indigenous banks and put them together as the Consolidated Bank Ghana Limited.

It further said the quality of the bank’s loan portfolio had seriously deteriorated, resulting in a non-performing loans (NPL) ratio of 72.80 per cent.

“The bank’s Capital Adequacy Ratio (CAR) was assessed to be negative 17.18 per cent, as against the regulatory minimum of 10 per cent, thereby recording a capital deficit of GH¢159,162,557.64 and rendering the bank insolvent,” it added.