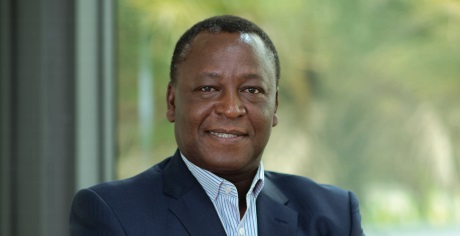 Dominic Adu has been appointed as the first Ghanaian Chief Executive Officer of First National Bank.

This was announced by the bank in a press statement which said his appointment takes effect on Wednesday, July 1, 2020.

Chairman of the board of directors of First National Bank Ghana, Mr. Joseph Tetteh, in the statement noted that “On behalf of the Board of Directors, we are excited to welcome Dominic to lead the First National Bank Ghana team. He has a wealth of experience in domestic and international Finance, private equity, entrepreneurship and leadership which will add great value to our team.”

“Notably, this appointment marks another milestone in the history of First National Bank Ghana to have a Ghanaian citizen as CEO. We are confident that his leadership capabilities, coupled with his astute financial and economic management expertise, will enable the bank to further expand its product offering to all Ghanaians while contributing significantly to the growth the business. His experience will help unlock further value in our banking services and expand our existing offering to help the average Ghanaian fulfill their financial aspirations,” he further noted.

Mr Dominic Adu will take over from Richard Hudson, who has served in this position since the inception of the bank five years ago.

Mr. Adu was the Chief Executive Officer of the erstwhile GHL Bank, which was recently acquired by First National Bank Ghana.

FNB Ghana is a 100% subsidiary of the FirstRand Group which is the largest financial institution group in Africa.

“It is with much joy that I congratulate Dominic Adu on his appointment as CEO,” she stated.

“He is a respected leader within the industry, and I look forward to him leveraging his wealth of experience and steering the business to greater profitability in these challenging times. I would also like to thank CEO Richard Hudson for his service, contribution and role in building the business over the years,” she added.

Richard Hudson, the outgoing CEO, will remain in the business and has been appointed as Executive Director of First National Bank Ghana. He will assume responsibility for some roles in the transitional phase while the two businesses fully integrate.

“I wish Dominic every success in the months and years ahead as he takes the business to greater heights. He can be assured of my unconditional support in ensuring the success of the bank particularly in the post COVID-19 environment”, Richard stated.

Accepting his new appointment Mr. Adu said: “I have inherited two strong combined brands built by Richard and the founders of GHL supported by a committed team of leaders and staff who are passionate and devoted to delivering innovative financial solutions. I look forward to contributing towards establishing a solid financial institution and the overall growth of the banking industry in Ghana.”