ECG must list on Stock Exchange instead â€“ ECG Staff 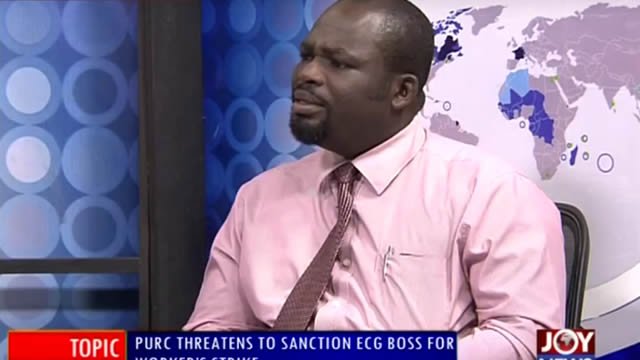 Staff of the Electricity Company of Ghana (ECG) say moves by government to involve a private investor in power distribution will do little to change the often cited inefficiency of the process.

National Chairman of ECG Senior Staff Association, Patrick Binyemi, wants government to expend the effort it is using to bring private investors to manage the power company on existing management, since that would be more beneficial.

Since a request for proposal for Private Sector Participation (PSP) in the power distribution company was announced by the Millennium Development Authority (MiDA), staff of the power company have been in arms against the move.

A key concern of the agitated ECG staff is that they may lose their jobs when a private investor takes over the company, a claim government has dispelled countless times.

On Friday and Monday ECG staff who are part of the Public Utility Workers Union (PUWU) refused to serve customers.

Customers hoping to buy pre-paid credit were directed to rely on other vending points. Apart from hospitals and other key installations, workers say they will not resolve faults that would be reported by consumers.

The overt and covert opposition to the privatisation bid by MiDA has gotten so bad the Public Utilities Regulatory Commission (PURC) has warned it may sanction staff and management of the company.

The PURC says failure of the management of the to insulate consumers against the effects of the workerâ€™s protest is a breach of the law.

Speaking on PM Express Tuesday evening, Mr Binyemi said the opposition against the concessionaire agreement is to force government to look at other options such as listing the Company on the bourse to raise funds and improve efficiency.

â€œWe are saying that â€˜government, give us the opportunityâ€™. If you want to see some level of efficiency, then why donâ€™t you list ECG on the stock exchange?â€ he quizzed.

Also speaking on the show, an Engineer, Peter Kofi Fletcher, who is also the Chairman of Senior Staff Union of ECG, said claims of inefficiency by the government is only a hyped deficiency of the Company to serve as basis for the privatisation bid.

Meanwhile, the move to privatise ECG is ongoing, as six companies out of a total of 60 have been shortlisted to for the concessionaire deal.
Two of the companies are consortiums while the remaining four are bidding individually.