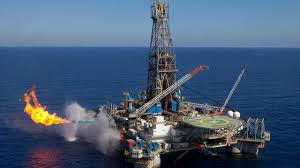 Ghana has a total of 2 billion barrels of oil left to drill before the countryâ€™s hydrocarbons get depleted, the Public Interest and Accountability Committee (PIAC) has revealed.

In 2010, the country lifted its first oil cargo of 1.1m barrels, and 10 years down the line, 420 million barrels have been produced, the committee said.

PIAC said the government has earned US$6.2bn since production began to the first half of 2020.

Nine percent of the total revenue has been saved for the next generation, in line with the Petroleum Revenue Management Act (PRMA).

In the first half of 2020, the government received US$322 million from petroleum revenue. Out of the amount, US$80m was given to the Ghana National Petroleum Corporation (GNPC) and US$169m went to the Annual Budget Funding Amount (ABFA), PIAC said in its 2020 semi-annual report.

According to the report, the total petroleum receipt of US$322 million was paid into the Petroleum Holding Fund (PHF) compared with US$363 million in the same period of 2019, representing an 11.32 percent decline.

However, PIAC, which has a mandate to monitor how the countryâ€™s oil money is spent, said in the report that for the fourth time, the Ministry of Finance failed to provide them with ABFA utilisation data for the compilation of the report.

According to PIAC, this makes it difficult to reconcile disbursements and expenditure, and undermines the spirit of accountability as envisaged in the PRMA

PIAC, therefore, reiterated its earlier call on Parliament to bring its oversight mandate to bear on the ministry.

This, PIAC said, is because the ministryâ€™s persistent failure to provide half-year data on ABFA utilisation is not only adversely affecting the work of the committee, but also eroding gains in the fight for transparency and accountability in the management and use of Ghanaâ€™s petroleum revenues for the benefit of citizens.