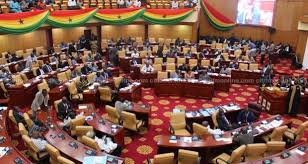 In April 2009, Ghana was blacklisted by the FATF after an evaluation exercise by the Inter-Governmental Action Group against Money Laundering in West Africa (GIABA), in which the country scored zero compliance on 16 key FATF recommendations.

Consequently, the government-initiated measures to address the deficiencies identified, following which the FATF recommended that Ghana should be taken off the blacklist permanently for exhibiting exceptional political and strategic commitment, coupled with a high level of awareness of anti-money laundering and countering the financing of terrorism measures.

Another evaluation in 2016 by GIABA showed significant improvement in the country’s anti-money laundering framework, but it still did not meet the revised FATF methodology.

Ghana was therefore placed on the FATF “grey list”—which implied the existence of weaknesses and risks in the legal framework that could likely make the country attractive for money laundering activities.

The new law is therefore intended to address the weaknesses identified in previous evaluations, according to the chairman of Parliament’s Finance Committee, Dr. Mark Assibey-Yeboah.

“The recommendations from GIABA have been factored in the new law to protect the country from money laundering,” he told Business24 in an interview. “We hope the international community will pay attention so we are taken off the grey list,” he added.