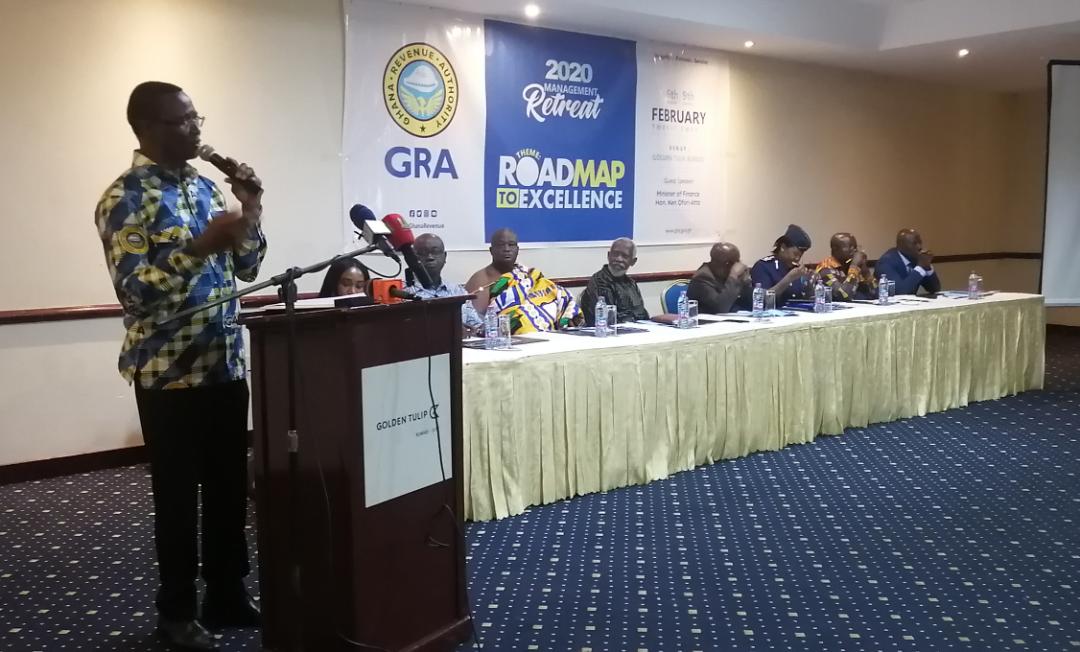 The Ghana Revenue Authority (GRA) is set to roll out an "informant award scheme" to reward people who will provide information leading to the recovery of taxes.

The move announced by the Acting Commissioner-General of GRA, Ammishaddai Owusu-Amoah at this year's annual management retreat in Kumasi, is to crack the whip on tax evaders, streamline the tax system and increase revenue.

The retreat which was under the theme: "Roadmap to excellence," was to equip staff of the authority to exhibit the highest level of excellence in their profession.

The Commissioner-General said as part of strategies to increase tax collection, the GRA is to authorise banks to accept payment of taxes on its behalf and introduce the payment of vehicle income tax and tax stamp payments via mobile money.

Mr Owusu-Amoah said the authority will automate the payment of Value Added Tax by linking teller systems of VAT registered businesses to a centralised database to ensure that VAT collected is credited to the authority in real-time.

He also hinted that the authority will automate the filing of returns, issuance of a tax clearance certificate, withholding tax credit and other certifications.

In what has become an annual ritual of exceeding its target, the Commissioner-General said it did same in 2019. "The GRA was able to collect GHC 43.9 billion out of a targeted GHC 42.08 billion," he said.

The Commissioner-General attributed the realisation of the target to vigorous and issue-based audits, especially in the petroleum sector, massive debt collection exercise, rigorous examination of imports, increase in the communication service tax in the last quarter of the year and enforcement of excise tax stamp and introduction of tax Stam authenticator.