I’ve not been reckless in managing economy – Ofori-Atta 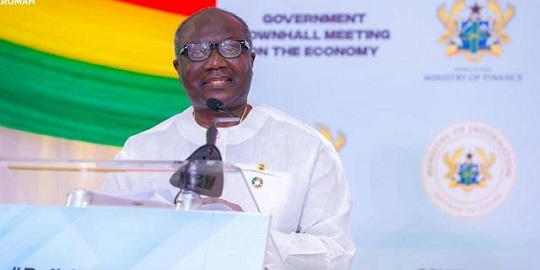 “I have not been reckless in the management of the fiscal operations of the government,” he told the Ad hoc Committee of Parliament hearing the censure motion brought against him.

He was responding to Ground five contained in the censure motion that the Minister’s fiscal recklessness has led to the crash of the Ghana Cedi which is currently the worst-performing currency in the world.

In response, he said the ground of recklessness “presupposes that I have not been guided by the laid-down regulations.”

He continued: “I want to state that I have not been reckless in the management of the fiscal operations of the government.

“Rather, our strenuous efforts to protect the public purse is what has helped this government to have achieved much, much more than any government over a similar period in virtually all sectors, including education, health, social welfare, policing, security in general, roads, railways, agriculture, industrialisation, tourism, digitization, and funding for anti-corruption institutions,” he said.

Also, he disputed claims by the minority that he misreported Ghana’s economic data.

“I have served the country with integrity and honesty” he told the Ad hoc committee on Friday, insisting there has been greater accountability in the management of the public purse.