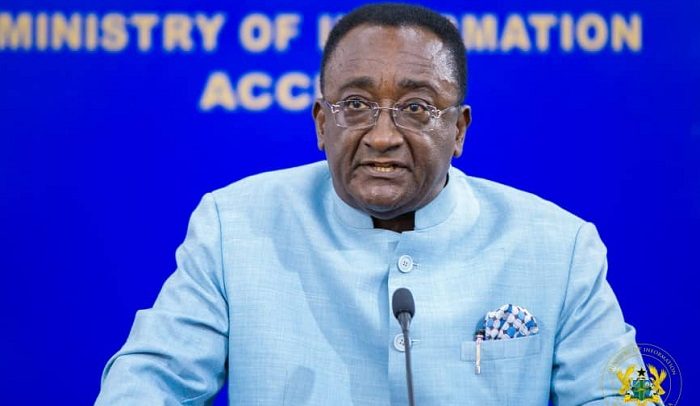 Efforts by the government to boost the agricultural industry in the country have not yielded the desired results because commercial banks have failed to play their expected roles by giving out substantial loans to farmers.

The Minister of Agriculture, Dr Owusu Afriyie Akoto, said although the government was doing its best to boost food production by subsidizing the prices of agricultural inputs, such as chemicals, the banks had failed to give enough loans to complement that effort.

That, according to the minister, had made the prices of foodstuffs and other agricultural produce high on the market.

Consequently, the government would soon get Parliament to come up with legislation to compel commercial banks in the country to allocate 20 per cent of their loan portfolio to farmers, he said.

Dr Akoto gave the hint when he visited some areas in the Eastern Region to interact with farmers to find out the challenges they went through and whether there had been shortage of foodstuffs in those areas.

The minister was accompanied by his deputy, Yaw Frimpong Addo, high officials of the ministry and regional and district directors of Agriculture on the tour.

The delegation visited, among other facilities, the Legacy Seed Processing Company at Otareso, near Koforidua, where seeds are stored, processed and treated; the Idros Farms at Kwame Duodu; the Pinora Zonal Enterprise near Adeiso, which produces fruit juice for export only, and TQ Farms, Akim Krodua near Asamankese, producers of cereals, cassava and coconut.

They also visited Sahmen Farms at Mepom near Asamankese, which produces hybrid coconut seedlings, as well as coconut fruits and poultry products.

Dr Akoto said to resolve the issue of financial challenges farmers faced, legislation was being sought to compel commercial banks to give out at least 20 per cent of their loan portfolio to farmers.

That, he said, would boost food production and at the same time make the prices of food affordable to Ghanaians.

The minister, who spoke passionately about the issue, emphasised that in India, for instance, over the last 30 years, it had been mandatory for banks to allocate a certain amount of their lending money to farmers to support agriculture in that country.

"What we need to do as a country is force commercial banks, through legislation, to allocate resources towards supporting farmers and agriculture as a whole," he advocated.

The minister stressed that if that was not done, agriculture, which is the backbone of the Ghanaian economy, would continue to suffer, adding that the ministry was not a financial institution but a policy-making one.

Dr Akoto, who indicated that there was no shortage of farm produce in the country, however, pointed out that the prices of food items had increased.

He explained that the factors that had led to the increase in the prices of food items were beyond the control of the government, which was doing its best to ensure that the prices would be affordable to the ordinary Ghanaian.

"This situation can be reversed if the banks start giving farmers loans because most of the farmers, especially poultry farmers who normally produce birds up to 150,000, have now reduced the number drastically because of lack of funds," the minister said.

With regard to the global shortage of fertilizer, the minister said Ghanaian farmers had now resorted to the application of organic fertilizer, which had addressed such a situation.

At the Idros Farms, the owner, Alhaji Mohammed Ibrahim, who was the Best National Crop Farmer in 2021, told the Daily Graphic that his outfit was putting up a food processing factory for the area, in line with the government's One-District, One-Factory initiative, explaining that he had vast land for that purpose.

Earlier, a meeting involving regional and district agricultural directors, agric extension officers, seed growers and input seed dealers was held at the Eastern Regional Coordinating Council, where a presentation was done by the Regional Director of Agriculture, Henry Crentsil.

Mr Crentsil disclosed that there had been a boost in food production this year, adding that the government's PFJ had contributed immensely towards the success story this year.