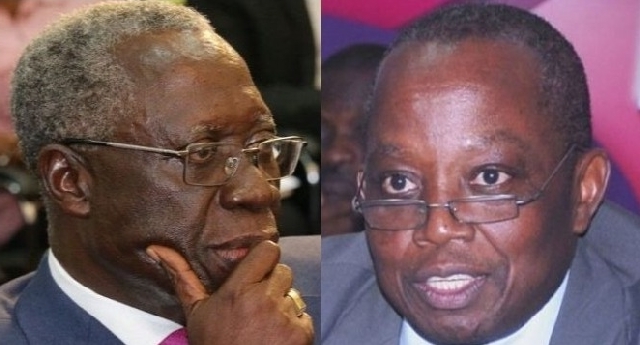 An Accra High Court has upheld an appeal filed by Senior Minister, Yaw Osafo Maafo, and four other officials from the Ministry of Finance against the Auditor-General’s $1 million disallowances and surcharge in respect of the contract to Kroll and Associates.

He was challenging the determination by the Auditor-General that the payment of the sum of GHS4,869,421.87 was without approval from Parliament and the Public Procurement Authority (PPA).

The court agreed with his contentions saying the Auditor-General “ought to have at least communicated his refusal to inspect the documents for stated reasons before going ahead to issue the notices that have given rise to the Appeals before this court.”

It said the agreement of the Auditor General to inspect the documents was a tacit “acknowledgement of their ways.”

The court also said the Auditor-General “failed to abide by the well-known rules of natural justice of giving the Appellants the opportunity to be heard.”

The Senior Minister and the four other officials from the Ministry of Finance sued Mr. Domelevo to clear their names in relation to what was said to be breaches of the Public Procurement Act that resulted in the payment to Kroll and Associates.

Mr. Osafo Maafo had said he was resorting to the courts because “the evidence available shows clearly that the Auditor-General erred in law and professional procedures in the exercise of his powers regarding his audit on payments to Kroll and Associates Limited.”

Mr. Domelevo had concluded that Kroll was paid for no work done, following what he said was the persistent failure of the Senior Minister to provide proof of actual work done.

He consequently recommended the disallowance of the payment of the US$1 million to Kroll and Associates, which the government, through the Ministry of Finance paid.

Mr. Domelevo also surcharged Mr Osafo Maafo and four other officials from the Ministry of Finance.