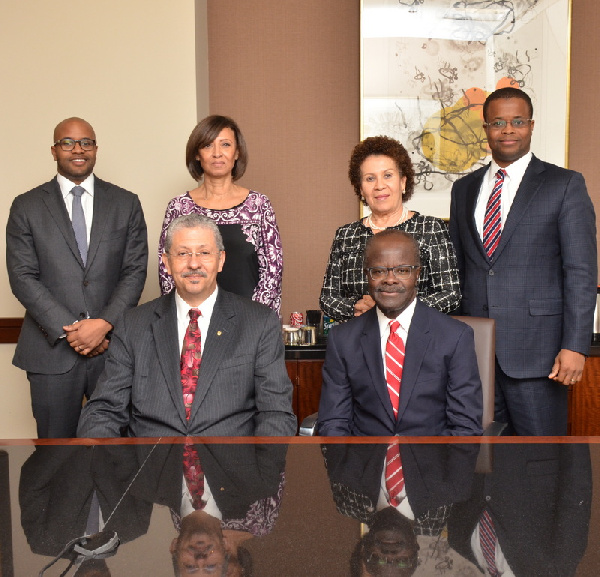 Politician and business mogul, Dr Paa Kwesi Ndum, and some members of his family have been dragged to a United States District Court in Illinois for allegedly perpetrating a raft of financial crimes.

US-based Birim Group LLC, an equity fund and securities investment firm, is accusing the founder of Groupe Nduom, the group and 18 others of money laundering, wire fraud, breach of contract, negligence, among others.

In a writ sighted by Prime News, the Brim Group alleges that the Nduom family and the numerous corporations they control took advantage of Ghanaâ€™s weak regulatory framework to perpetuate many criminal and racketeering activities.

â€œHereâ€™s what they did: The Nduom family defendants set up a bank in Ghana, a country with a notoriously weak regulatory environment, collected, aggregated and converted the hard-earned income of local working-class depositors and, in violation of U.S. and Ghana laws, laundered it through sham and undercapitalized companies they controlled, and recycled the laundered funds in the U.S. to acquire â€˜legitimateâ€™ assets, including the Illinois Service Federal Bank. Unfortunately, and sadly, defendantsâ€™ racketeering crime only unraveled after it had caused untold hardship and much damage to more than a million people, including plaintiffâ€™s assignors, whose savings they stole,â€ the US-based firm alleged in the writ.

â€œBelieving the U. S. to be a safe haven for the proceeds of their fraud, the criminal scheme involved, among other things, the transfer â€“ through the instrumentality of the international money wire system â€“ of inflated, over-invoiced and above-market rate fees disguised as payment for â€œmanagement servicesâ€ to defendant IBS. In fact, IBS is nothing but a shell company with an industrial zone storefront office, no staff and a bare-bones 4-page website created solely to facilitate the Nduom defendantsâ€™ fraud.

The legal team of the plaintiff in the matter, Birim Group, is led by Kwasi A. Asiedu.

According to a report on the matter published on Myjoyonline, lawyers for the defendants have said the claims alleged by Birim Group LLC are meritless.

â€œWe have filed for dismissal of this baseless complaint and will make our arguments to the Court,â€ the report quoted in the report.