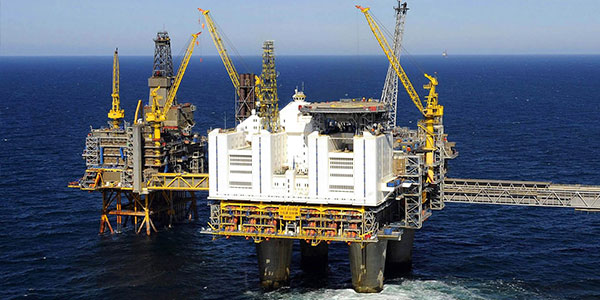 The Public Interest and Accountability Committee, (PIAC) is raising a red flag on a decision by the government to use $3.8 million of funds from the Ghana National Petroleum Corporation, GNPC for the cost of the litigation on Ghana's maritime boundary dispute with Cote D'Ivoire.

According to the PIAC, the cost of the entire dispute must be funded by the government since the corporation is just an institution and a player in the industry.

The GNPC reported in the PIAC annual report of 2017 that it spent about 3.8 million dollars for legal fees, secretarial and other expenditures during the litigation at the International Tribunal Law of the Sea, ITLOS at The Hague.

The ruling in respect of the Ghana-Cote d’Ivoire maritime boundary dispute by the International Tribunal for the Law of the Sea (ITLOS) was delivered on 23rd September 2017 and was in Ghana’s favour.
This has de-risked the uncertainty of the area and has led to the intensification of exploration by upstream petroleum companies in the previously contested area.

The ruling also paved the way for Hess to resume its pre-development activities.

Chairman of the PIAC, Dr Steve Manteaw in an interview with members of the Institute of Financial and Economic Journalists called for a probe and urgent steps to refund the cash to the GNPC.

“It is not proper that an institution’s fund will be used to finance litigation between two countries; that is very wrong,” Dr Manteaw said.

“The ITLOS dispute was between two sovereign States and not between a sovereign State and a national oil company for which reason it was wrong to have used GNPC’s resources to settle the cost of the litigation. The amount of $3.8 million spent by GNPC on the litigation should, therefore, be refunded to GNPC,” he added.

On the Keta Basin, Dr Manteaw also added: “PIAC has noted adverse claims being made by the Togolese authorities concerning its maritime boundary with Ghana in respect of the East Keta Ultra Deep Block and urges the government to initiate urgent steps to delineate Ghana’s maritime border with Togo.”