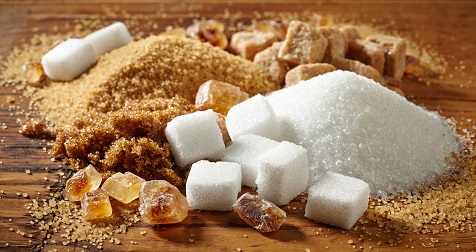 Current data from the United Nations COMTRADE database have indicated that Ghana imported US$151million worth of raw sugar in 2020 alone – with the country being ranked 45th largest importer of the commodity globally.

The commodity is also ranked among the first ten most-imported products into the country, as Ghana’s essential food imports bill continuously rise year by year – currently valued at US$2billion according to the finance ministry.

The data also added that the imports of sugar and sugar confectionery was US$158.3million in 2019, with Mexico, Brazil, USA, Guatemala, France and India being the lead importers.

Data from the Ghana Export Promotion Authority (GEPA) show that the country consumes about 370,000 tonnes of sugar annually, with domestic production currently at an all-time low.

The Ministry of Trade and Industry has further projected that domestic consumption of sugar in Ghana could rise to 872,000 metric tonnes in 2030.

Similarly, the West Africa sub-region – which is also forecast to experience rapid growth in sugar consumption – also presents a potential sugar export market for Ghana. Amid these market potentials and existing congenial climatic and lithospheric conditions, production of sugar remains at zero.

The Sugar Industry in Ghana

Ghana’s sugar industry is virtually fully dependent on imports. Local production remains negligible at a mere 150 tonnes in 2013 according to the UN data, and there’s a mere 6,000 hectares of sugar plantation in existence.

With two sugar mills in Asutsuare and Komenda, these facilities have been lying idle since 1983 largely due to inefficient management. However, the Komenda Sugar Factory was revived in 2015 and 2016 – but was shut down shortly after due to lack of raw materials.

In 2016, government secured a US$35million loan from the Export-Import (EXIM) Bank of India and invested it in the factory. An additional US$24million was set aside to support out-grower farmers.

The factory, which was inaugurated on May 31, 2016 to produce sugar, became stillborn due to a multiplicity of factors that were touted as technical and operational challenges.

On June 3, 2020, however, Trade and Industry Minister Alan Kyerematen announced in parliament that Cabinet had officially approved Park Agrotech Limited as a new strategic investor to operate the factory.

That notwithstanding, the current status of the investment by Park Agrotech is unknown.

Nevertheless, a number of plans, according to the trade ministry, are also underway to develop sugar-cane plantations for a second revival of the Komenda sugar factory.

Also, plans by multinational trading house Cargill to build a sugar refinery in Tema are a possibility.

Meanwhile, GEPA through the National Export Development Strategy (NEDS) has designed a blueprint for harnessing the full potential of sugar production to curb the rising imports.

In the NEDS, the Authority has projected revenues from the export of sugar by 2029 to be US$1.2billion.