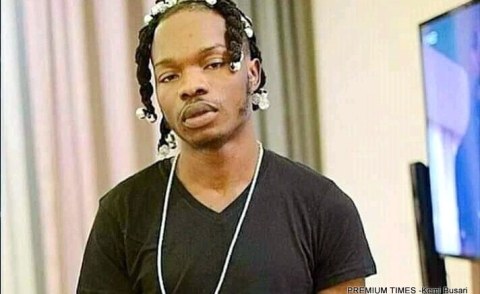 The CEO of Executive Jets Services Ltd, Sam Iwuajoku, says his letter in which he labelled rapper Naira Marley and his crew “a bunch of useless people” was written in a fit of rage.

Iwuajoku, however, says nothing will please him more than the news of Marley’s arrest for holding a concert in the middle of a pandemic.

The CEO’s letter and his choice of words have provided sufficient entertainment across social media platforms all day long.

In a chat with Premium Times, the CEO says he stands by every word in his letter to Aviation Minister Hadi Sirika.

“Why will anyone be moving around unnecessarily during a pandemic? Moving around for a musical concert at this time is ‘unnecessary movement’. I am wondering why they were not even arrested," he says.

“I have been abused by people who said I referred to them as ‘useless people’ but I don’t care. If you see the truth, say it. Although I said so in anger, that is still my position today.”

Dr. Iwuajoku had said he mistook Marley’s name on the flight manifest for that of Nigeria’s Minister of Works and Housing Babatunde Fashola.

“When I went through the manifest and I saw FASHOLA BABATUNDE I thought it was the Honorable Minister of Works going to Abuja with his men, so we decided to do the flight since it is a serving Minister of the Federal Republic of Nigeria, I didn’t know it was a bunch of useless people.

“We are very sorry for this mistake and we promise that this will not happen again,” he had written to the Aviation Minister.

The Jabi Lake Mall venue of what was supposed to be a drive-by concert has been sealed off and ExecuJet’s license has been temporarily withdrawn by the state.

The FCT Minister Mohammed Bello has promised to prosecute Marley.